Biomedical engineers at Northwestern University have developed a wearable patch that uses sweat to critique the wearer’s health and fitness. 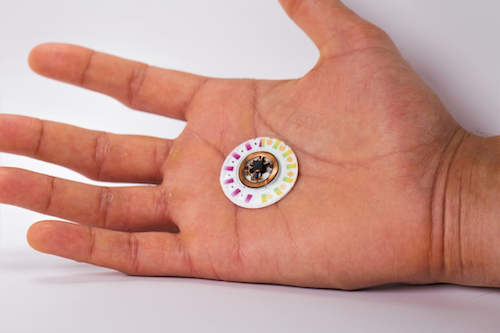 The next generation of wearables extends beyond the mechanical capabilities of a Fitbit or Apple Watch to assess the underlying biology of the wearer. A recent New York Times article discussed one such device that measures the chemical contents of sweat to provide health data and even screen for diseases. A team of biomedical engineers at Northwestern University developed the device, which is wearable, wireless, and battery free. It provides a real-time snapshot of the wearer’s health and fitness.

The patch contains tiny holes that collect sweat before a network of valves and microchannels the width of a human hair channel it into reservoirs with sensors that react to the chemicals in sweat like glucose or lactate. The device is also waterproof and molded to the body, which means a swimmer could wear one to track performance. Since it fills up with sweat, the patch isn’t necessarily hygienic, but the channel system can be swapped out to extend the life span of the device. The team is in the late stages of a clinical trial that tests the patch on children with cystic fibrosis. They plan to apply for FDA approval soon.