This Medical Device's Design was Inspired by E-Cigs

Convexity Scientific’s portable nebulizer is the smallest, lightest, and quickest way to get medication into a user’s lungs. 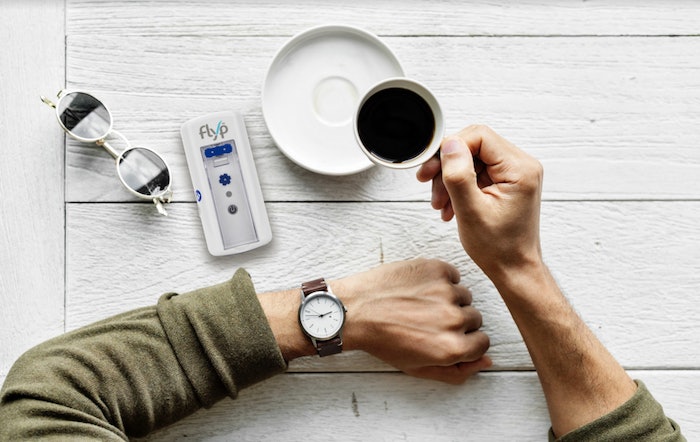 A recent Forbes article discussed an award-winning medical device whose design was inspired by e-cigarettes. The Flyp is the first product from Convexity Scientific, and it hopes to replace the cumbersome nebulizers of yesteryear. Users used to have to insert medication, typically albuterol, into a machine roughly the size of a toaster that was plugged into the wall. The device would aerate the medication into inhalable water droplets that the user would breathe for 7-10 minutes.

The Flyp does the same thing, but in a small, portable device that's easier to use. It’s the brainchild of Dr. Ralph Finger, a NYC emergency room doctor turned inventor when he addressed the flaws with traditional nebulizers and sketched a design in 2012. Two years later, he had a Chinese manufacturer lined up and founded Convexity. By year two, he and his team hope to capture 20% of the U.S. nebulizer market, which was valued at $254.2 million in 2016.