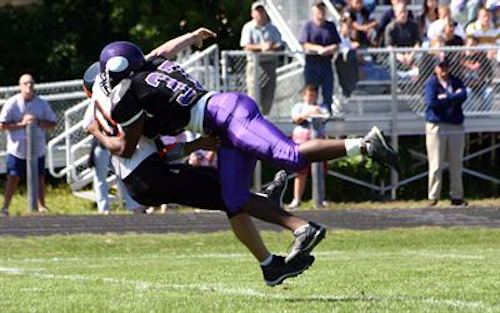 A recent article from University of Rochester Medical Center’s Newsroom contained good news for football players: a new blood test can help diagnose brain injuries. It goes without saying that people who have suffered brain injuries shouldn’t be diagnosing themselves. But until now, doctors have depended on patients to report symptoms in order to guess that they might have suffered brain trauma due to a lack of a reliable test.

As part of a fast track program to expedite breakthrough technologies, the FDA approved the Banyan Brain Trauma Indicator® back in February of 2018. It detects two different brain proteins that can be found in the blood shortly after a blow to the head. A major study that lead to the approval of the test was published this week and outlined a clinical trial examining nearly 2,000 people with head injuries. It concluded that if the results are negative for the proteins, a traumatic intracranial injury is highly unlikely. If the test comes up positive for the proteins, the patient should undergo a CT scan to further assess the damage.