German researchers have conducted a study to determine if virtual reality can be used to diagnose social anxiety disorder. 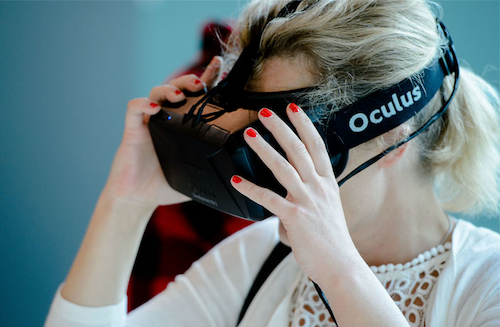 A recent PsyPost article discussed the possibility of employing virtual reality to diagnose social anxiety disorder. A team out of Germany conducted a pilot study, published in the scientific journal Computers in Human Behavior, that examined how long people looked at faces in a virtual social situation to distinguish between low- and high-social anxious participants.

The study consisted of groups of low- and high-socially-anxious participants in two different virtual social environments. The first environment consisted of the participant buying a train ticket, and the second recreated a waiting room at a doctor’s office. In both settings, the scientists monitored the participants’ eye movements and skin conductance, but only noticed higher skin conductance in high-anxious participants in the train situation. In both virtual settings the high-anxious group maintained eye contact with the avatars for a shorter period of time.

The team concluded that eye tracking is more dependable than skin conductance as a distinguisher between someone one who suffers from social anxiety and someone who does not. This is consistent with previous research that concluded that anxious individuals are quick to gaze at potentially threatening stimuli but soon avert their eyes.