Researchers at MIT have developed a new surgical technique that allows amputees to receive sensory feedback from prosthetic limbs. 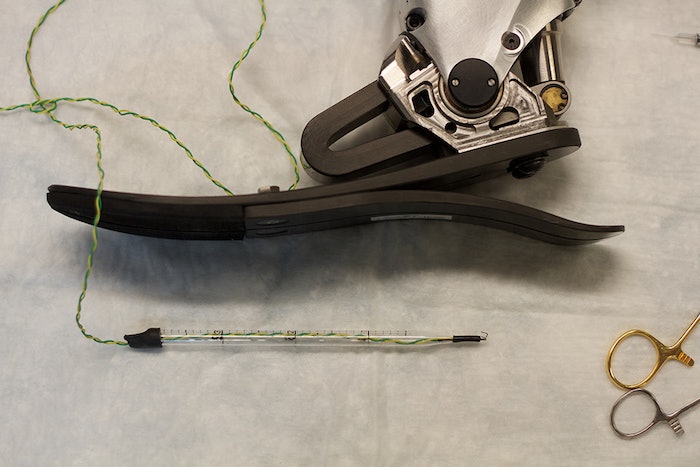 Prosthetic limbs add functionality for amputees, but they can often feel like tools rather than a part of the body. A recent MIT News article says their researchers aim to change that with a new procedure that makes prosthetic limbs feel more natural and better able to move, balance, and manipulate objects.

When a limb is amputated, the severing of muscles disrupts the relationship between the limb and the brain that gives a sense of where in space a prosthetic is. The MIT team was able to recreate agonist-antagonist muscle relationships by connecting nerves to muscle pairs grafted from other parts of the body into the amputation site. When the brain sends a signal instructing the limb to move, one of the grafted muscles will contract and an agonist muscle will extend; the agonist muscle relays information back to the brain that tells it how much the muscle moved and the amount of force applied.