Male Birth Control on the Horizon

A new male contraceptive gel designed to be less invasive than a vasectomy has been found to work successfully in primates. 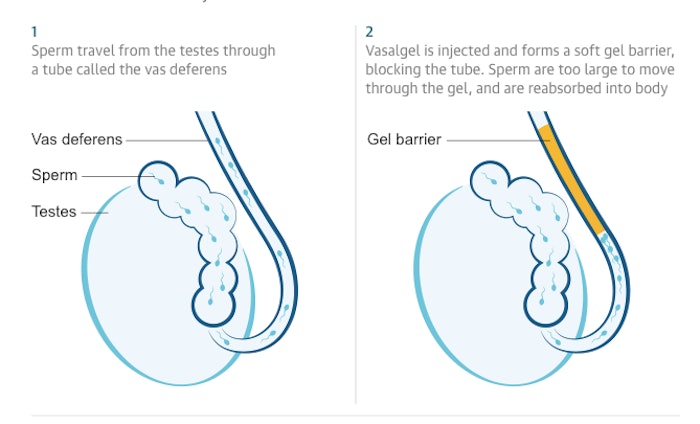 A recent article from The Guardian suggests men will soon be able to take on the burden of birth control. A new product called Vasalgel was found to be 100% effective at preventing conception in rhesus monkeys. The non-hormonal contraceptive is designed to be reversible and less invasive than a vasectomy. Once injected, it forms a soft gel barrier that blocks sperm from passing through the Vas deferens. Sperm are too large to pass through the gel and are reabsorbed into the body; neither sperm production nor hormone levels are affected.

Last year, The World Health Organization investigated a male hormonal contraceptive jab that claimed to be as effective as the female pill, but a variety of unwanted side effects prevented the product from launching

The Vasalgel work was funded by The Parsemus Foundation, a non-profit that plans to begin human trials once funding is secured.