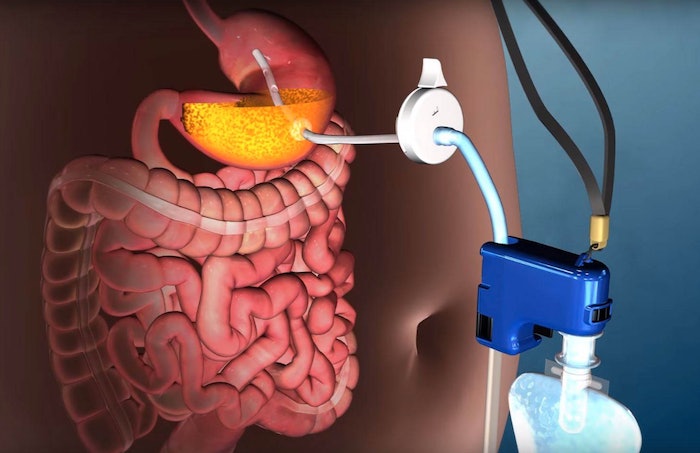 An NBC News story published on June 14th announced the FDA’s approval of a new stomach pump to combat obesity. AspireAssist from Aspire Bariatrics is the first device to remove food from the body before digestion occurs. This video illustrates the process by which the device dumps stomach contents into the toilet. Although critics have dubbed the device “assisted bulimia,” it should not be used on patients with eating disorders, according to FDA. "It is intended to assist in weight loss in patients aged 22 and older who are obese, with abody mass index of 35 to 55, and who have failed to achieve and maintain weight loss through non-surgical weight-loss therapy."

AspireAssist is considered minimally invasive and consists of a tube leading from inside the stomach to a port on the exterior of the abdomen. A pump is then attached to the port to remove roughly a third of the stomach’s contents at a time. The device requires frequent monitoring, as the tube needs to be shortened as the patient loses weight to ensure the port remains flush to the skin. Depsite a variety of side effects, clinical trials showed patients lose 46 pounds on average during the first year.