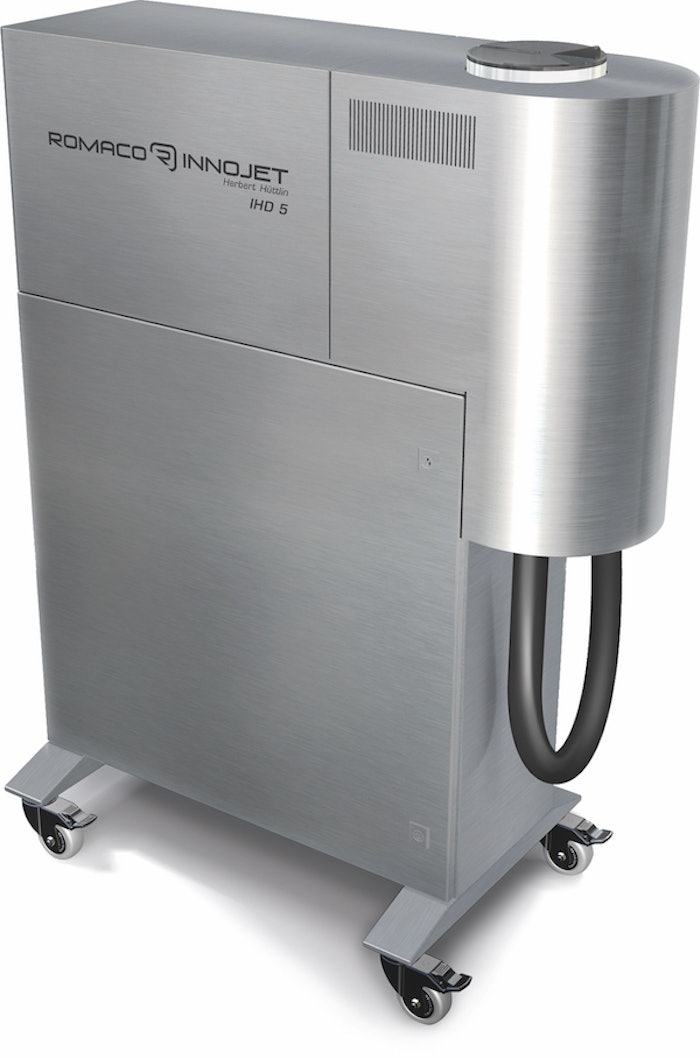 Romaco Innojet’s first GMP-compliant hot melt coating device is specifically for use in the pharmaceutical industry. The IHD series for processing hot melt coatings can be supplied as a laboratory or pilot scale machine.

The IHD series is designed for coating and granulating pharmaceutical products with hot greases and waxes. GMP compliance was a key development priority for these CIP-capable devices, particularly regarding the validation of the cleaning processes. All sealing points, gaps and enclosed spaces were eliminated for this reason and flange connections reduced to a minimum.

The hot melt coating flows through straight tubes to prevent any build-up of product residues. All product-contacted surfaces inside the IHD devices are positioned in such a way that they are fully visible and suitable for swab testing. Once the device has been cleaned, it can be opened up quickly and easily for inspection. The Romaco Innojet IHD series successfully avoids cross-contamination thanks to the hygienic design with no dead spaces.

To allow precise and uniform heat distribution, the Innojet IHD is designed as a heatable monobloc integrating all functional components. The melting container, dosing unit and valve block are all included in the same thermal cycle, which means they do not have to be heated and insulated separately.

The compact hot melt coating devices are connected via a trace heated tube to the processing machines in the Romaco Innojet VENTILUS® series whenever this is required by the application. The Innojet IHD feeds the hot melt with a pulsation-free dosing piston as standard, so that the coating is evenly applied to the product.

The central bottom spray nozzle on the Innojet machine enables both the temperature and the size of the droplets with which the product particles are coated to be precisely defined. The Romaco Innojet air flow bed technology ensures homogeneous and controllable flow conditions in the container of the processing machines. The laboratory scale version of the hot melt coating device (Innojet IHD5) is designed to handle batches of up to 5 L while the pilot scale machine (Innojet IHD50) can process up to 50 L.

Innojet’s IHD technology lets pharmaceutical manufacturers reap the previously unattainable benefits of hot melt coatings. Unlike aqueous alternatives, hot melt coatings contain no solvents which would have to be evaporated again after they have been sprayed on. Hot melt coatings solidify directly on the product, resulting in up to 85% shorter processing times. Less spray is required for hot melt coating processes because the formulations are solvent-free.

With no need to heat the air in order to dry the product, energy efficiency is improved. Hot melt coating is an economical and efficient production process, and is versatile, for example for moisture barriers, taste masks or delayed API release.