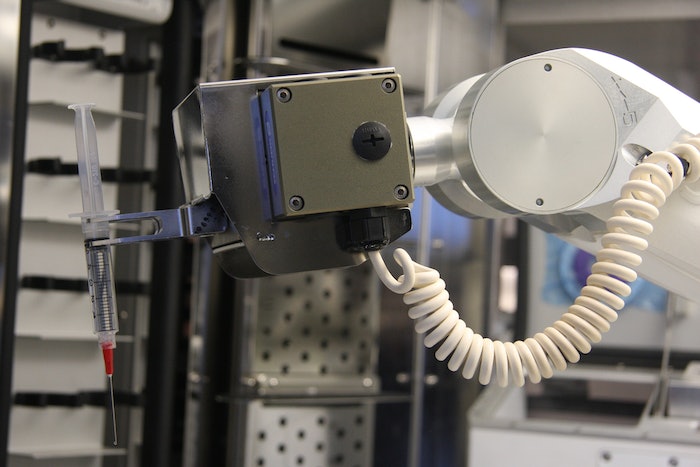 The company says RIVA has produced millions of IV doses and hundreds of thousands of sterility test doses without any errors.

The system was recently recognized as category leader in “Pharmacy Automation: IV Robots” by independent healthcare research firm KLAS. The top ranking was announced in its “2016 Best in KLAS: Medical Equipment” report. This marks the fourth consecutive year RIVA was selected as category leader for IV robots in pharmacy automation.

There are visible differences between the candidate and the placebo in this international Phase III trial. The blinding system combines a cap system that completely covers the vial with a booklet label for multilingual product information.
Keren Sookne
Sep 17th, 2020
More in Package design