Among many impressive feats, the facility was completed in a record time of 20 months, coming in 18 percent under budget. 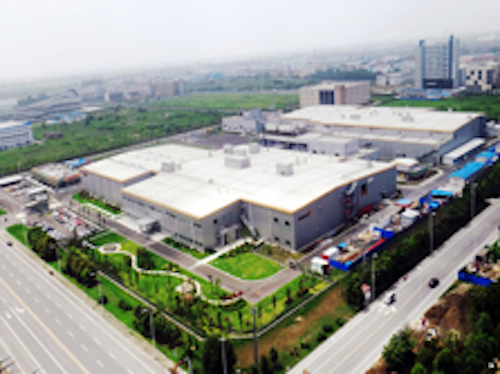 AstraZeneca China  was named by International Society for Pharmaceutical Engineering as the 2015 Facility of the Year Awards (FOYA) Overall Winner during ISPE’s Annual Meeting in Philadelphia, PA.

AstraZeneca China’s Market Supply Solid Dose Facility located in Taizhou, China was built to manufacture five billion tablets of high-quality, affordable medicines per year to the China market. The 533,000-square-foot facility was completed in a record time of 20 months, coming in 18 percent under budget and maintaining an exemplary safety record of 3.26M hours worked without a recordable incident.

“AstraZeneca China’s highly-integrated team is what made this winning facility a success,” said Jim Breen, Chair of the FOYA Judging Panel. “We were impressed by the team’s clear strategic plan and well-defined expectations, which allowed for the creation of this large facility in such a short amount of time.”

The Taizhou supply site project was built to support the Chinese government’s “Healthy China 2020” program to provide universal healthcare access to all of China by the year 2020. With two additional phases expected, the Taizhou Supply Site has the potential to expand to nine billion tablets per year, placing AstraZeneca in a position to supply China with affordable, safe, efficacious medicine in support of the government’s healthcare reform plans for more than 1 billion people.

The Facility of the Year Awards recognize state-of-the-art projects utilizing new, innovative technologies to improve the quality of products, reduce the cost of producing high-quality medicines, and demonstrate advances in project delivery. The FOYA program provides a platform for the pharmaceutical science and manufacturing industry to showcase its accomplishments in facility design, construction, and operation, while sharing the development of new applications of technology and cutting-edge approaches.

Two healthcare veterans discussed how recycling fits (or doesn’t) into their fast-paced OR operations at the Nurses’ Panel at HealthPack.
Keren Sookne
Apr 30th, 2020
More in Package design