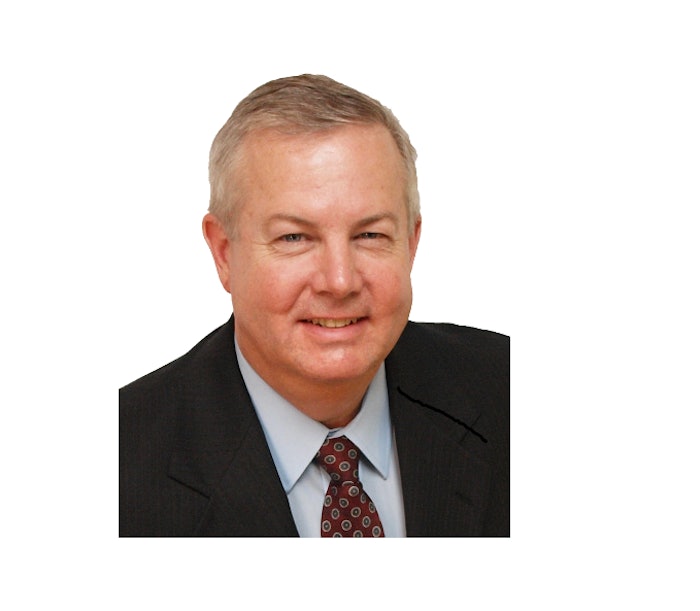 Everywhere I go lately I am asked, “Do you think the California e-pedigree dates will slip again?” I do have a theory about that, but first, some background. The California drug e-pedigree law was first enacted by the California legislature and signed by Governor Schwarzenegger in 2004.

It was originally to go into effect in 2007, but in 2006 that state’s legislature passed additional changes to the law, including a delay to 2009. Then in early 2008 under intense pressure from companies in the supply chain, the California Board of Pharmacy exercised their authority (which was one of the changes added by the legislature in 2006) to push the compliance date to 2011. In October 2008 the California legislature passed more changes to the law, including the current compliance dates.

This legacy of delays, in combination with the many delays that the pedigree provisions of the Federal Prescription Drug Marketing Act (PDMA) of 1987 experienced before it, have led to skepticism that any pedigree regulation will actually go into effect on the dates that are specified at any given time.

So how can you answer the question, “Will the California e-pedigree dates slip again?” Most slips of the dates in the past have happened within one year of the effective date at the time. We are now about two years away from the first date. Given this history and the current date, how can anyone make a prediction other than “yes, it will be delayed again?”

I predict that it will NOT get delayed again. Here’s how I arrive at that prediction.

Things are different now than any time prior to any of the earlier delays.  As part of the agreement to push to the current dates, the sponsor of the bill in the California legislature received assurances from 35 companies and organizations in the U.S. supply chain that they would be ready by this time. Those companies include large and small, branded and generic manufacturers, multiple large wholesalers, multiple large chain pharmacies and most of the big industry organizations, including PhRMA, HDMA, NCPD, and even NACDS.

As a result, many of these companies are out in front with their technology deployments for meeting the law. They have spent many millions of dollars so far getting ready. Most will probably be ready on time. But not everyone will be ready. Many believe that will become obvious prior to the effective date of the law and that realization will force California to buckle and push the date out even farther rather than having their citizens endure significant drug shortages of some (many?) life-saving drugs. I don’t think that will happen.

My theory: A ‘negotiated fine’ program

What I think will happen is that California will keep close tabs on who will be ready and who won’t be ready. They will ask companies who aren’t going to be ready to contact them and self-report. Around the time the law goes into effect for manufacturers they will meet with each of those companies and work out a deal for fines, pro-rated on how many units are not yet compliant, and how much effort the company had expended for preparations prior to the deadline, and with new individualized completion dates with bigger fines if those aren’t met.

The Board of Pharmacy has already said how they intend to enforce the law. In the FAQ document called, “Questions and Answers Relating to the California Electronic Prescription Drug Pedigree Law(s),” they say, “In addition to other possible sanctions for non-compliance with pedigree requirements up to and including civil fines, injunctions, or criminal prosecutions, the board may cite and fine $5,000.00 per occurrence.

The California pharmacy law appears to provide the Board of Pharmacy leeway to adjust their fines by giving, “due consideration to the appropriateness of the amount of the fine with respect to factors such as the gravity of the violation, the good faith of the licensee, and the history of previous violations.” (Section 125.9(a)(3) “Citation and Fine”)

In other words, they don’t always have to go with the extreme interpretation.  But don’t forget, the state of California is in pretty bad shape financially. The ability to assess fines to large companies for not complying with the pedigree law might be attractive to them. The size of the negotiated fines would probably be a large as possible without causing the manufacturer to stop allowing their drugs to be shipped into California. In other words, probably most of your California profit until you comply.

Because it will be outside of their power to make those drugs conform, wholesalers would probably have to be a part of the negotiation between each manufacturer and the board. At least they would need to be given a pass, so they won’t be fined for delivering non-compliant drugs after those negotiations are complete.

Remember, this is just a theory, but a supply chain this big won’t be fully ready for change this big on a specific date—even when you stagger the dates. Considering the legacy of delays, some companies aren’t likely to spend the money to fully comply until after the deadline is past. So, in my view, if California expects to hold onto their current deadlines without crippling drug shortages, they will have to come up with some kind of clever technique like this negotiated fine program.

What about federal preemption?

On the other hand, California may not need to resort to clever techniques if Congress passes a law that cleverly preempts all state pedigree and track-and-trace laws. Readers of RxTrace should be well aware of the current effort by a group of Congresspeople who are asking for comments from stakeholders and the public on their discussion draft of a potential bill that would do just that. About the only thing in that draft that isn’t a “policy option” is the preemption clause on page 116 of the draft. After all, that would be the whole point of the bill.

What are the odds that effort will result in the elimination of the California pedigree law? I’m not currently part of that effort so it’s hard to judge its viability (and if I were a part of that effort I probably wouldn’t be able to say), so let’s just give it a 50-50 chance of happening prior to 2015. Is that enough for you to skip preparations?

Dirk Rodgers, who contributed to Healthcare Packaging’s Pharmaceutical Serialization Playbook is an independent consultant and founder of RxTrace. He has contributed to many industry groups that have been formed over the last 10 years to investigate solutions to the problem of counterfeit and other illegitimate drugs in the legitimate supply chain. He served as co-chair of a number of key technical work groups in GS1 and GS1 US. These include the original GS1 EPCglobal Drug Pedigree Messaging work group that created the DPMS pedigree standard, the Network Centric ePedigree (NCeP) work group, and the RFID Barcode Interoperability Guideline work group. Rodgers holds a BS in Electrical and Computer Engineering from the University of Wisconsin-Madison.