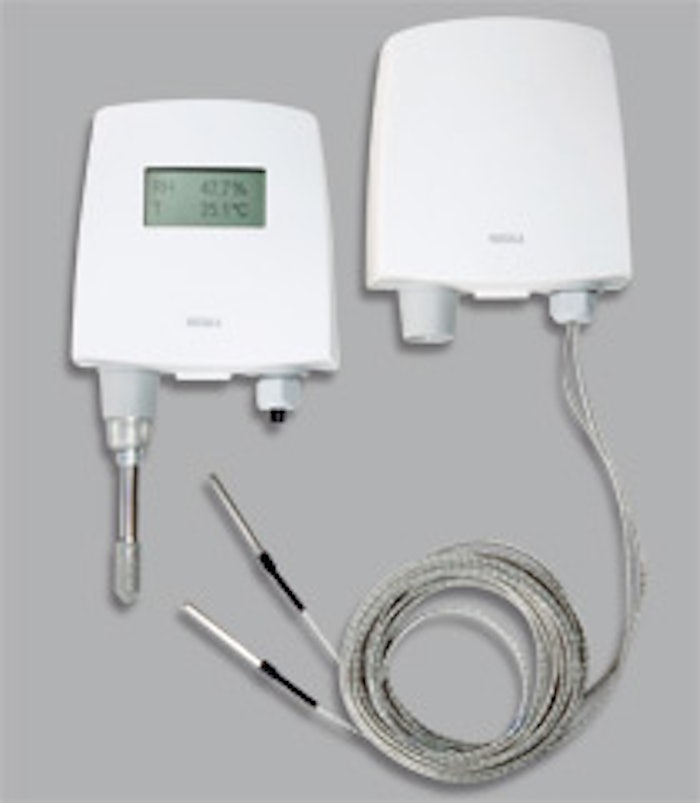 Connects to any existing network and eliminates the need for any extra transmitter equipment. The new device-—the Vaisala HUMICAP® Wireless Humidity and Temperature Transmitter HMT140—reduces the costs of installation when compared to similar systems.

Is simple to set up as it disposes of the two most common problems with implementing a new monitoring system or even scaling up from an existing one—the need to overhaul networks and install extra access points.

The sensor, memory, power, and transmitter are all within a compact enclosure, making the system much easier and cost-effective to install and manage. With wireless networking quickly becoming the preferred mode of connectivity, this solution is a timely addition to our existing connectivity options."

The built-in transmitter of the new wireless system communicates directly with the user's existing network so that there is no need to purchase and install extra transmitters when installing a new sensor. Nor is there any need to install and maintain a dedicated network, which offers savings in initial outlay for this type of system. The on-board memory provides point-of-measurement recording by Vaisala's sensors so that data is protected from loss due to power failure or network downtime.

The Vaisala HUMICAP® Wireless Humidity and Temperature Transmitter HMT140 has a temperature operating range of -20°C to +60°C with display and -40°C to +60°C without display. The device can monitor up to two channels using either external or internal sensors. Compact and easy to place, the transmitter has an IP65-rated enclosure making it optimal for cleanroom environments. Internal batteries come with a two-year lifespan and the combined temperature/humidity sensor can easily be switched out to simplify calibration requirements.

This new transmitter is available in North America and Europe as of January 1, 2013 and globally from March 2013.