Custom particle inspection labeling machine with camera-based inspection set to be operational at a pharmaceutical company by late 2015. 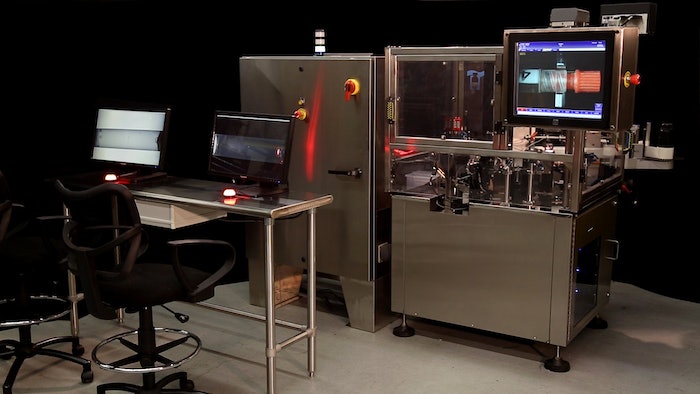 Fiscally responsible companies make capital investments when they can justify the expense.

For one pharmaceutical company, that’s the case with its investment in a Particle Inspection and Labeling machine, designated as the PIL-30, which produces 30 inspected, filled, and sealed syringes/min. Per contractual agreements, the company’s name cannot be revealed, but the benefits from the PIL-30 will extend beyond financial ROI. They will include:

• Eliminating the need for eight to 10 inspectors operating 20 hrs/day on the line, which is now accomplished on a single shift with two operators

A representative for the pharmaceutical company says the cost savings of an automated system compared with the previous manual method breaks down as follows:

“Based on an average of 30 syringes a minute needing to be inspected, with an operator inspecting for 15 minutes then taking a five-minute break, 11 inspectors were required per shift to keep up with this volume.This minimum of 22 inspectors per day [two shifts] were additional headcount, plus the hiring and training, labor costs, gowning costs, annual inspector vision exams, increased bioburden loading of the cleanroom, lunchtime breaks, etc., made the evidence pretty compelling that an automated approach had to be taken.Also, this would amount to nearly doubling the production workforce for doing inspections only.”

It was noted that commercially available12 inspector manual systems cost in the neighborhood of $100K, plus they take up a considerably larger area of the room.

The PIL-30, also referred to as the SASI-30, is the result of a new venture called Particle Inspection Technologies. PIT is a partnership between Luciano Packaging Technologies, Inc. (LPT), developer of customized packaging machinery, and Wierciszewski Controls, which specializes in custom machine design, vision inspection integration, PLC and motion programming as well as custom HMI design.

LPT President Larry Luciano says the company continues to manufacture and build products and services for food, consumer products, and other applications, yet focuses on the pharmaceutical and medical device sectors.

“We do custom work almost exclusively,” says Luciano. “And when you are developing customized machinery, as opposed to a standard piece of equipment, you have the opportunity to explore the latest developing technologies and use them in solving problems. Many of our customers are in ‘big pharma’ and medical device industries and have the wherewithal to be able to use and specify the latest technology.”

The PIL-30, scheduled for production at the pharmaceutical manufacturer’s facility in the fourth quarter of 2015, works in conjunction with an automatic plastic syringe liquid filler and capper that works at 30 syringe/min speeds. The line includes the following equipment:

• And pneumatic controls from SMC

“We’ve been doing a lot of work recently with syringe packaging,” says Luciano. “And this one is a bit outside of the box. We showed this system at Interphex 2015 and it involves injectible liquid. The machine looks for particles whose acceptable sizes are dictated by FDA regulations.

“We are looking for anything that’s larger than 100 microns, something that would be visible to the human eye,” he adds. “And it will be done automatically. Until now, the customer relied on operators to look at the syringes visually. They actually pick up the syringes and look at them with a light.”

Once operational within a cleanroom at the pharmaceutical customer’s facility, the syringe filler will draw a plunger down, creating a vacuum that pulls in the liquid medication, with the syringes automatically capped. Afterwards, the syringes get transferred automatically to the PIL-30 where each syringe is inverted and placed into an indexing starwheel system.

“The reason we invert them is because that’s the best way to inspect for product,” Luciano explains. “If you have the syringe needle-side down, there will be little pockets that the liquid can flow into and you won’t be able to see them and identify them.”

At the first station within the starwheel, a Halcon camera system takes multiple images of each syringe, looking for exterior scratches.

At the next station, another Halcon camera-based system looks for cracks, which reflect light differently than scratches. “During the initial inspections, we used a white backlight,” says Luciano. “For this one, we use a strobing technique with a light backlight to see the edges of the crack that reflect brightly.”

At the following machine station, a dark background particle inspection employs a camera system with a line light positioned above a black background against which the syringes are inspected. While in semi-automatic mode, syringes are accepted or rejected for particles by an operator at a remote inspection station that is equipped with a large monitor for viewing 10X enhanced images of the syringes being inspected at the machine.

Then a pressure-sensitive label is applied to the syringe with the Markem-Imaje thermal-transfer printer. The machine is equipped with the Herma H400 application head. Mounted to this station is a Halcon OCR camera that inspects the just-printed lot and date information.

At a subsequent station, another Halcon camera system looks down at the top of the syringe to inspect for proper label position, the presence of the syringe closure, and the cap color, which differs depending on the product.

“The positioning of the label on the syringe has to be in the right spot because there are graduations on this label for the dosage considerations,” Luciano says. “In this instance, some caps are red while some are blue because these colored syringe pairs are sold together in kits.” The system employs separate discharges for the two cap colors.

The final inspection stations on the starwheel are for plunger presence and foreign matter on the plunger or in the syringe above the stopper. “Between stations seven and eight, the plunger rotates and we take multiple images to gain a 360-degree view of it,” says Luciano.

The final piece of the line is a Durapack M7 pouch bagger where two syringes (one red cap, one blue cap), get segregated, inverted, and fed into Tyvek®-backed premade pouches. A Markem-Imaje 9232 inkjet system applies lot and date code information to the pouches.

For this particular pharmaceutical installation, all equipment was set up at Luciano Packaging’s facility, where Factory Acceptance Testing will be completed, along with testing of the entire line control system.

The complex, customized system is designed to solve the pharmaceutical customer’s specific application needs, and justify its capital investment.

Watch a video on the machine here.

Videos from HERMAView all videos 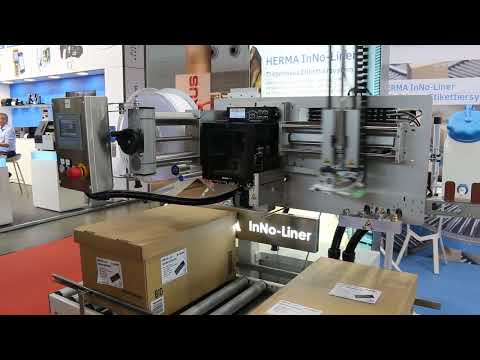 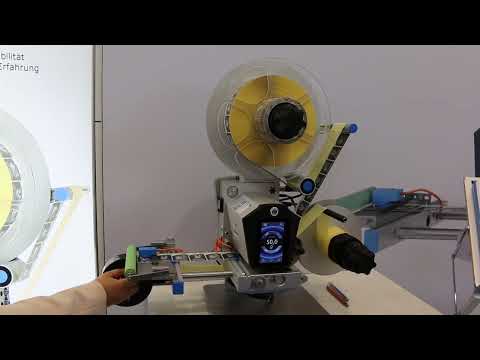 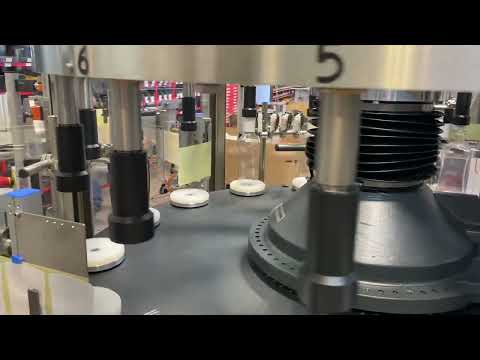