The configuration of this new Bossar packaging equipment is based on four-sided seal flat pouches in duplex execution, with 0% residual oxygen, in order to reach the output the customer needs. The products to be packaged are medical testers used in hospitals, which require the highest safety standards and quality control during the form, fill and seal process.

The technology used to fill the pouches consists in an oxygen-absorbent pouch dispenser from a roll, which is hermetically sealed for the pouches not to lose their attributes and is opened only before starting the filling process. The sachet dispenser cuts the sachets from the roll one by one and places them on a bucket conveyor belt; one piece is placed in each bucket.

A product detector checks and controls that the small sachet is filled into the pouch. In case of filling failure, the pouch is rejected.

The testers are filled into the pouch in the second filling station. An inclined conveyor takes them to a vibrating bowl adapted to the special characteristics of the testing kits. The kits go through a guide system that places them in the right orientation, until they reach the step-by-step separator, which synchronizes their drop into the pouch with the pouch opening that already contains the small desiccant pouch. In this station there is also a detector that controls and guarantees the product dosing. In case the product fails to drop, the pouch is rejected before the sealing station.

The plastic kits that contain the reactant for malaria and Aids tests have different sizes and shapes, and the same happens with the desiccant pouches. The machine was constructed to fill both plastic kits versions and there is no need to make any format change or adjustments.

The Bossar machine used is the BMK 2000 FLT duplex, a model with sanitary design following pharmaceutical regulations. The output is up to 110 pouches/min with product filling. 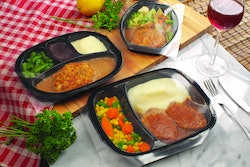 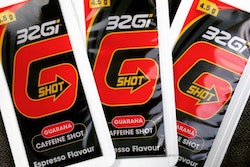 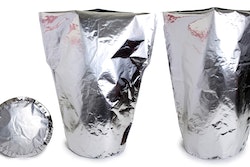 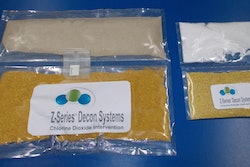