Is too much education the problem with the economy?

Have we created unrealistic expectations by educating more people with college degrees than what there are jobs that require those degrees? 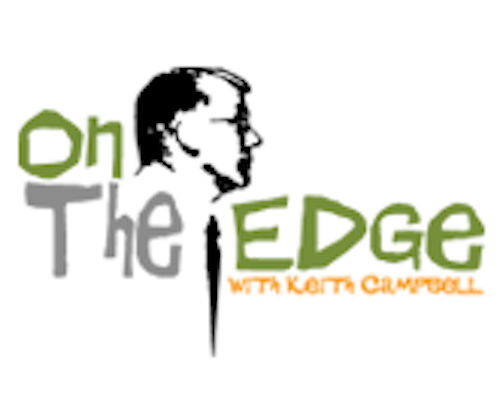 In this column, Contributing Editor Keith Campbell asks, "Is too much education the problem with the economy?"

I am tired of hearing that companies with $10 to $12/hour entry-level jobs can't get anyone to apply. No one shows up at job fairs. Yet unemployment is still too high, especially among younger workers! What's the deal here?
A big part of the problem is extended unemployment benefits. An acquaintance of mine just went back to work because his benefits were up. He got a good job (meaning it matched his skill level), comparable to the one he lost, but he hadn't bothered to look for months because he didn't need to. I'm all for a safety net, but what we have created is not a safety net, it is an excuse to not work.The system has blocked the normal bidding process whereby the most qualified fill the best jobs and others fill in below that until the least qualified or inexperienced get the $10/hour jobs.

But, I believe, a bigger part of the problem is that, as a society, we have set an unattainable expectation that if you go to college, you deserve and will get a big salary. Not true! If there were an unlimited supply of jobs that required a college degree, then that might be true. But there is not such a supply. Only 26% of jobs require a college degree. During the expansion since the Viet Nam war, we've essentially doubled the size of the labor pool (depressing wages) and we've built too much capacity for higher education. To fill that capacity, we have lowered standards and made college not something that you earn through performance, but an entitlement.

Now we have a whole generation (maybe a couple generations) of college graduates who want a new house right away with a BMW in the driveway and are frustrated because they can't get the job they think they deserve by virtue of having graduated or attended college. Someone needs to tell them that there aren't enough of those jobs to go around, and there won't be. They are sitting on the sidelines waiting for something that isn't going to happen, while the same government institutions that are responsible for the oversupply continue to pay people not to take jobs.

The automation industry is benefitting, because when employers can't fill entry-level jobs like order pickers, they automate those jobs. Once that happens, those jobs are gone forever—but more high-skilled maintenance jobs are created. Unfortunately, the typical college graduate isn't qualified for these $100,000/year-plus hands-on jobs.

The unemployed whom I respect are those who recognize the situation, take an available job, because it is the right thing to do, and start gaining the experience that will allow them to move up. Others return to community college to gain skills that will land them high-paying gold collar jobs as maintenance technicians, machinists, plumbers, welders, or other in-demand occupations. That's not what they were told their future might be—but they were told wrong. Success goes to those who can adapt!

Equipment supplier MG2 has expanded its remote service capabilities, including wearable technologies combined with videoconferencing to perform FATs, as well as on-site repair service at its headquarters.
May 26th, 2020

COVID-19 Brings Increased Visibility to the Role of Robotics

Presidents and CEOs of Fanuc, Universal Robots, Fetch, and Schunk discuss how robotics and automation are helping manufacturers through the pandemic and what the lasting effects might be.
Aaron Hand
Apr 28th, 2020

In a meeting co-hosted by PMMI’s OpX Leadership Network and Industry Relations Committee, manufacturers and machine builders shared their plans and concerns about IIoT in a discussion aimed at creating a digital transformation roadmap for PMMI members.
David Greenfield
Feb 27th, 2020

Robotics Industry to Shift from Fixed Automation to Mobile Systems

New market report forecasts that of the 8 million robots that will be shipped in 2030, nearly 6 million will be mobile.
Anne Marie Mohan
Jan 4th, 2020

Adding automated equipment, process control, and analytics to its operations has enabled Edesia Nutrition to almost triple the output of its ready-to-use therapeutic foods, helping to reach the most vulnerable populations around the world.
Aaron Hand
Jan 2nd, 2020

How to Safely Implement Collaborative Robots

In the Trenches with Collaborative Robots

The next frontier in packaging equipment is the adaptive machine, where machines are able to adapt to each product instead of running batches that conform to a fixed setup.
Pat Reynolds
Jan 8th, 2019

For laser coder ranges, the interface is designed to create a smarter, more connected and reliable factory for Industry 4.0 applications.
Jan 2nd, 2019

Piab's piCOBOT gripper is small, powerful, and ready to collaborate with human and cobot workers. Recently, it has been certified by Universal Robots.
Nov 19th, 2018

Fitting Track and Trace into a Patient-First Culture

The Factory Faces the Amazon Effect

Confronting new consumer demands for customized products—from food to pharma—manufacturers are in search of technology that can economically move them from mass production to batch of one.
Stephanie Neil
Sep 13th, 2018