Melissa Griffen
A prototype based on a single-click pump in collaboration with supplier NeoCeram.

Traditional upgrades to aseptic systems can be difficult to implement in the short term, requiring significant rebuilds and long GMP-regulated manufacturing regulatory approval processes. During the 2021 Parenteral Drug Association (PDA) Annual Meeting, Thomas Busch, project director at Novo Nordisk–a pharmaceutical company that discovers, develops, and delivers medicines–spoke on the company’s efforts to modernize existing facilities for future technology setup without shutting down facilities for months or years at a time.

Novo Nordisk’s ambition is to rise to technology leader within manufacturing and IT operations. The company aims at continuous, automated, and closed production processes, with products instantly released by real-time quality control and assurance, and digitization of its value chain.

This ambition was showcased in a case study the company presented at the PDA Annual Meeting on aseptic risk reduction during filling. The expectation in the industry is to establish barrier systems on filling lines to reduce the risk of contamination during aseptic filling operations. Novo Nordisk sought to update facilities that still utilized a filling fluid pathway setup by connecting silicone tubing from the manifold to the pump and again from the pump to the filling needle. The company decided to eliminate such open aseptic connections during the setup of filling lines.

Bypassing the traditional approaches–using a different pump principle to close the fluid path, including single use, or by introducing CIP/SIP which would require rebuilds or regulatory approval–Novo Nordisk opted to implement:

“To protect this pre-assembly, we needed to put covers on the needles and sterile connectors on the open ends of the manifolds,” said Busch, allowing the system to then be autoclaved to ensure complete sterilization before it moves into the fill area to be docked on the filling station.

This cost-effective clickable pump solution reduced batch change over times by 8% to 18% and contamination risk, and reduced human risk during setup of filling lines. It also provides a more uniform way of setting up the pumps, leading to less variation in the setup with faster disassembly. Training was key as the critical assembly task was moved from aseptically trained operators to the wash and sterilization (W&S) team. Additionally, a special assembly table was developed by the W&S team to facilitate pre-assembly of the pumps.

During proof of concept (POC) development, flaws were identified and adjustments made, followed by a pilot stage. Busch reports that introduction to the first filling line began 18 or 19 months from overall commencement due to the comprehensive nature of project.

Benefits included minimal regulatory impact and shorter downtime as the company eliminated the open aseptic connections it had sought to remove from its facilities. “We basically had the same pumps, same tubing, and the same filling needles… so the product doesn't see any new surfaces. That was a key design driver—we don’t want to change anything that affects product surfaces,” Busch explained. Novo Nordisk plans to scale out to 75% of lines with this solution to all relevant sites before the end of 2021.

The 2021 PDA Annual Meeting is full of on-demand content on aseptic filling, flexible facilities, vaccine considerations, cell therapies, and more. Presentations and Q&A videos will be available through May 16, 2021. Register here. 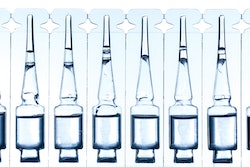 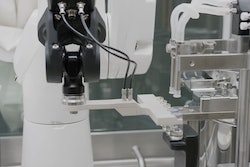 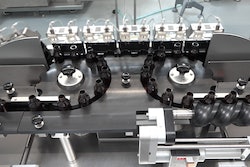 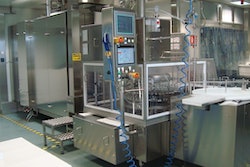