Phillips-Medisize acquired exclusive ownership of patents for the dispensing system to accommodate the varied and customized oral dispensing needs of patients. 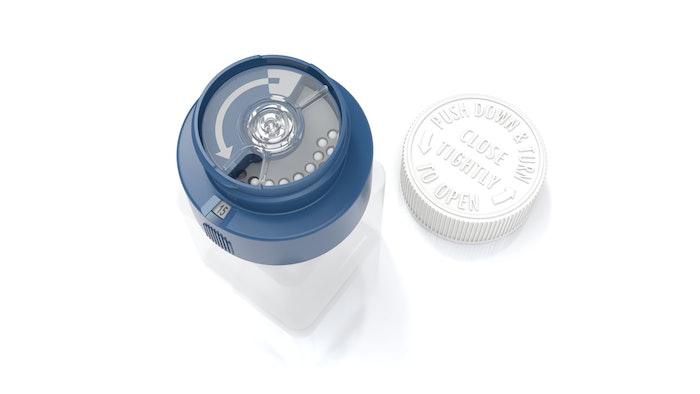 Phillips-Medisize acquired exclusive ownership of patents for the dispensing system to accommodate the varied and customized oral dispensing needs of patients.

There are many applications in which patients require accurate yet flexible oral dosage, including pediatrics, geriatrics and oncology. To meet needs where dosing may change based on age, weight and other variables, the mini-tablet dispenser was developed: mounted on top of a standard tablet bottle, a patient or caregiver will be able to count and dispense mini-tablets in predetermined amounts from one to twenty tablets.

The dispenser—which unlike many systems does not rely on volumetric measuring principles—can accommodate tablets of approximately 2x2 mm to 2.3x2.3 mm dimensions. The system enables the user to visually confirm the measured tablet count number before dispensing and is designed to minimize damage or crushing of the mini-tablets during dispensing.

Google’s artificial intelligence can allegedly identify lung cancer a year before a human doctor can.
May 14th, 2019
More in Adherence/Delivery