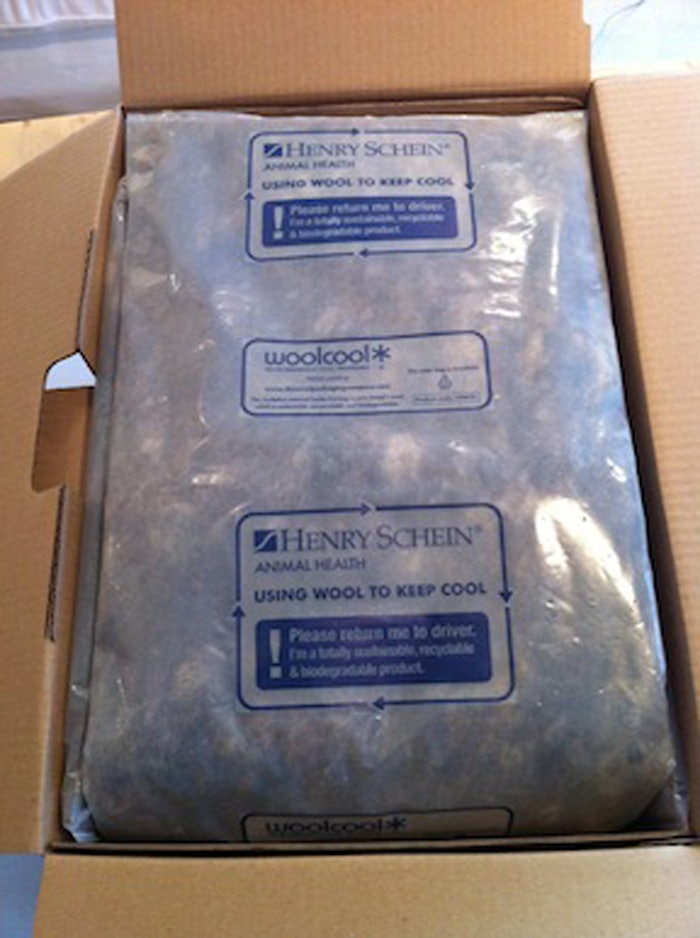 The Woolcool material, marketed as a sustainable and effective alternative to packaging such as polystyrene, was unveiled at the World Small Animal Veterinary Association Congress (WSAVA) in Birmingham.

Henry Schein plans to use Woolcool predominantly for temperature-sensitive medical products, including vaccines, as the packaging has been validated to maintain internal temperatures between 2°C and 8°C for more than 72 hr.

The cushioning fleece also protects against breakages in transit. Woolcool is particularly important for delivering these products to the most remote and rural veterinary practices in the U.K. In closely controlled situations this may even allow for dispatching orders on Fridays, even if they will not be received until Monday.

Peter Dodd, operations director of Henry Schein Animal Health in the U.K., learned of Woolcool insulated packaging through an interview with designer and CEO Angela Morris on BBC Radio 2's Drivetime Innovation feature. The Wool Packaging Company said it was awarded a U.K. government-funded research grant to develop the packaging for temperature-sensitive pharmaceuticals.

The Wool Packaging Co. designs, manufactures, and supplies high performance, environmentally friendly insulated packaging products and packaging for temperature-sensitive goods, from food to pharmaceuticals. The company says that as a result of an “enthusiastic reception to the introduction of Woolcool in the U.K., Henry Schein [has] placed further orders to meet the growing demand for this sustainable insulated packaging product.”
Companies in this article