The 2022 PCSC Award recipients include:

One of the founding members of the PCSC, Terry Carrico guided security efforts at McKesson Corporation for 15 years, most recently serving as chief security officer before retiring in 2021. He helped to modernize the company’s Global Security Operations Center in Atlanta, which monitors more than 100 distribution facilities, along with McKesson corporate headquarters and 40 office sites. His past industry experience includes working in global asset protection for Pfizer. Carrico served for 24 years in the United States Army Military Police Corps, graduated from the FBI National Academy, and retired as an Army colonel. He continues to be a role model and mentor to veteran employees and previously served as executive sponsor for the McKesson Military Resource Group.

Another founding member of the PCSC, Bruce Gundy served as AmerisourceBergen’s senior director of security and investigations for 17 years, retiring in January 2022. In that role, Gundy directed all of AmerisourceBergen’s global and domestic investigations, as well as security operations. He also served as supply chain security director, working with stakeholders to ensure the safe delivery and integrity of all products flowing through the company’s distribution network. Before entering the private sector, Gundy served as a law enforcement officer in Berks County, Pa., for nearly 30 years—in both patrol and investigative functions. A long-time member of the PCSC Advisory Board, Gundy’s influence and input have helped establish many of the supply chain security initiatives the coalition is recognized for today.

Over a 23-year career at the FBI, Tom Hauck has served in a range of roles, including as an undercover program manager for both domestic terrorism and criminal enterprise initiatives; a coalition leader for pharmaceutical distribution and supply chain crimes; a senior special agent for financial crimes; and as a bureau compliance officer. He is currently a special agent in charge assigned to the bureau’s Newark office. Hauck, whose efforts to ensure pharmaceutical supply chain security have been recognized by numerous organizations, including the PCSC, has led significant undercover efforts to protect the sector from illicit drug distributors and pharmaceutical cargo thieves. He is a current member of the PCSC Advisory Board.

Cynthia Hetherington was the PCSC’s principal partner in “Operation Vax,” a large-scale public and private sector intelligence-sharing effort to help secure COVID-19 vaccines during the federal government’s initial rollout. As the founder and president of The Hetherington Group, she has led national and international investigations in corporate due diligence and fraud, personal asset recovery, and background checks. Over the years, Hetherington Group investigations have recovered millions of dollars for their clients in high-profile corruption cases. Hetherington founded the OSMOSIS Institute, which annually brings together hundreds of government and private sector investigators to learn about open-source intelligence—providing training from some of the most recognized social media and open-source experts in the world.

“I am proud to honor these exemplary leaders, whose collective vision and dedication have not only helped to grow the PCSC, but critically, have made a significant impact on the safety and security of the global pharmaceutical supply chain,” said Chuck Forsaith, vice president, Pharmaceutical Cargo Security Coalition. “Terry, Bruce, Tom, and Cynthia have made incredible contributions to save lives and protect communities. All of us with the PCSC celebrate their achievements.” 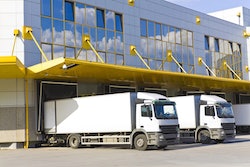 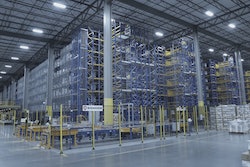 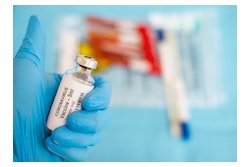