Capturing high quality aggregation data during the case-packing and palletization operation is essential to efficient operations under a serialization mandate. And what happens when aggregation data is inaccurate?

A pharmaceutical serialization mandate forces manufacturers to change the way their saleable unit packaging, cases and pallets are identified by adding a unique serial number to each one. Under just about every mandate around the world, new packaging artwork, new shipper labels, and in some cases, new pallet labels are necessary. Once these elements are serialized, packagers need to capture aggregation data—the serial number-based parent-child packaging hierarchy—during the case and pallet packing steps. The accuracy of aggregation data is a critical to the efficient operation of the supply chain where these mandates exist. Manufacturers who do not maintain the highest quality in their aggregation data will eventually be challenged by their customers over the resulting inefficiencies.

Pharmaceutical serialization mandates are slowly sweeping the world. The Russian Federation law will be in full force as of January 1, 2020; the EU Falsified Medicines Directive (FMD) went into full force on February 9, 2018; the Drug Supply Chain Security Act (DSCSA) serialization mandate went into effect on November 27, 2018 after the one year enforcement discretion expired; and there are existing and pending laws in Turkey, Argentina, the Republic of Korea, India, Pakistan, Saudi Arabia and Egypt. In October 2020 the first set of products will need to be serialized in Brazil and it appears that China is poised to impose a new mandate soon. Activities are occurring in other countries around the world that appear to be leading to mandates in the future.

Some of the earlier regulations to go into effect did not explicitly mandate the capture of aggregation data, including the U.S. and the EU, but nearly all since those have included an explicit requirement for it. Even those earlier regulations cannot be met efficiently without manufacturers capturing aggregation data so even though the requirement is not stated, manufacturers should expect to include it in their solutions—especially when drugs are also marketed in other countries.

What exactly is aggregation data and how is it used?

Aggregation data is simply a collection of data that describes the serial number-based parent-child packaging hierarchy of a shipment of serialized products. Aggregation data is unique to products where two or more packaging levels are serialized. The data is captured at the moment when the lower-level serialized packages—the “children”—are placed into/onto the higher-level serialized container—the “parent.” This is illustrated below in a simple, two-level situation.

As you can see, once the case is sealed, the serial numbers on the units will be hidden and there will be no way to know the serial numbers on the individual packages inside. To capture the aggregation data, the case packing step must include the scanning of the barcodes on each individual package as they enter the case, then scanning the barcode on the case. The relevant information must be extracted from each of these barcodes. Typically, it will include a GS1 Global Trade Item Number (GTIN) and the serial number, but if the case uses a GS1 Serial Shipping Container Code (SSCC), as in this example, then that number would be the data to extract. The aggregation capturing application will need to associate the data from the barcodes on the individual packages with the data from the case label barcode.

Here is the aggregation data for the example above:

An SSCC is a self-contained serial number for the shipping container. But when a GTIN is present, the serial number is only relative to that GTIN, so for full global uniqueness, the GTIN must be referenced along with the associated serial number. That’s why Table 1 shows both the GTIN and the serial number data elements under the “Child SN code.” The GS1 Application Identifiers (AI) and check digits from the barcode scans are also included in both columns to highlight the individual data elements in the string of characters. When the aggregation data is stored or sent to another party, the AIs are normally removed while the check digits are included, but these details depend on the technical requirements of the receiving party.

In other situations, the Parent SN Code might be a GS1 GTIN rather than an SSCC, and/or the Child SN Code might be an SSCC instead of a GS1 GTIN (for example, when the aggregation data is documenting cases [the Children] placed onto a pallet [the parent]) so capturing applications need to be able to accommodate all possible combinations. Also be aware that the barcodes scanned on either the individual packages or the containers will likely include other data elements that can be ignored when this data is captured and stored.

When this data is shared with a trading partner in the U.S. it is usually stored within a GS1 Electronic Product Code Information Services (EPCIS) Aggregation Event, which is an eXtensible Markup Language (XML) formatted data structure. The format of the aggregation data shared in other countries are often not standardized so check the regulatory requirements or guidance for the target country to find the correct format and transmission method.

A typical usage scenario is when the case in the example above is chosen to fill an order in the manufacturer’s distribution center or 3PL. At that time, it may be necessary to know the serial numbers of each saleable unit package included in the shipment for regulatory compliance purposes, or, in the case of the U.S., for helping the recipient to meet their regulatory obligations. All cases in the manufacturer’s distribution center should be sealed before arrival so there will be no way for the order fulfillment workers to visually tell which unit-level serial numbers are included inside the case without opening it. But with the aggregation data captured at case-packing time, the order fulfillment application would expect the worker to scan the case barcode, extract the SN Code and use it as a lookup key to find the serial numbers of the individual units contained inside.

Aggregation data for each shipment is often shared with downstream trading partners, either directly, or through a government website, depending on the requirements of the local regulation. Downstream recipients of the shipping container can use the aggregation data they receive from the manufacturer to know which unit-level serial numbers are contained in each case when they ship the unopened case to their customer, or to verify the unit serial numbers with a central regulatory database, as required by the local regulations.

As shown above, aggregation data is used whenever it is necessary to know the serial numbers on units that are contained inside a containment hierarchy. The example above was simple for illustration purposes. Additional levels of hierarchy may be captured and included in the data shared with downstream trading partners, including unit-to-bundle, bundle-to-case, case-to-pallet, or other, less common levels. The point is, every company in the supply chain, from the manufacturer, to the 3PL, to the wholesale distributor to the dispenser will need to trust the accuracy of the data that was originally captured by the packer.

These companies will use the aggregation data for regulatory purposes using “inference.” That is, they will fulfill certain regulatory requirements by inferring that the unit-level serial numbers shown in the aggregation data they received accurately represents the contents of the shipping containers (the bundles, cases, pallets, etc.) they handle. The use of inference eliminates the need to open the containers to confirm which unit-level serial numbers are present.

What happens when aggregation data is inaccurate?

But what if the aggregation data captured by the manufacturer or their contract partner is inaccurate? In that case, the manufacturer and anyone else who makes use of the data will infer the wrong serial number(s) for the unit-level package(s) contained in the shipment.

You can see how these errors might cascade and involve multiple units and multiple cases. If all of the cases with the cascading errors are included in the same shipment to the same customer, and that customer opens and removes all units from all of the cases involved, there will be no impact. But errors like the following will cause multiple companies to infer the wrong serial numbers:

Companies know this and so if they open a container and find serial numbers on units that they are not supposed be in possession of, they cannot sell or dispense the unauthorized drug package. They will need to quarantine the drug and work backward up the supply chain to find out where the data error was introduced. This would be where the aggregation data was captured.

Correcting errors in aggregation data may prove to be very costly, requiring documenting the error and confirming that the error was an innocent failure of the capture process and not an illegitimate drug being introduced by some unknown party. This process will introduce significant inefficiencies in the supply chain and could potentially even lead to spot shortages of the drug involved. Drug manufacturers will want to avoid developing a reputation for low quality aggregation data because it will negatively impact the profitability of downstream trading partners and themselves. For that reason, drug manufacturers and their contract partners assisting them with aggregation data capture must pay close attention to the details.

There are numerous vendors who specialize in the sale of automated and operator assisted aggregation data capture stations or equipment. These solutions are a good investment. They are specifically designed to ensure that human- and machine-induced errors are detected and blocked from the final aggregation data captured. They include camera-based vision systems that are programmed to capture the unit-level serial numbers in a group as each layer of a case is packed. The layer is captured at the last possible moment as the layer is completed or just before the case is closed and sealed. It is very difficult to force these systems to capture inaccurate aggregation data even when that is your intention.

In comparison, fully manual aggregation data capture processes can easily introduce aggregation data errors. Relying on the careful attention of human packers to avoid introducing aggregation capture errors will lead to widely varying errors over time, depending on operator training and the distractions that occur around their workstation. Companies choosing this approach should perform studies to determine the frequency of errors introduced, and should monitor the performance of different workers to recognize when one might need to be retrained.

The changes to case and pallet packaging processes necessary under a pharma serialization mandate include the capture of aggregation data, one way or another. Companies facing these mandates need to fully understand the importance of collecting high quality aggregation data to the smooth operations of their supply chain processes going forward, and adopt the approach that will meet their needs. 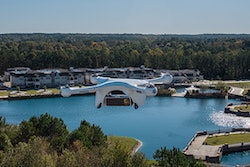 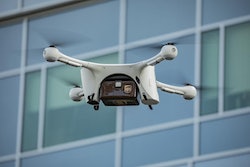 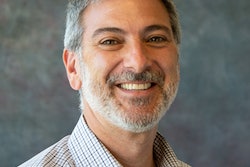 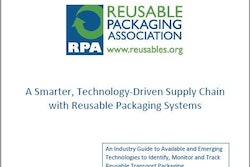