Despite early confusion about the technology, suppliers are developing network frameworks and apps that will make blockchain an essential part of food and pharma industries. 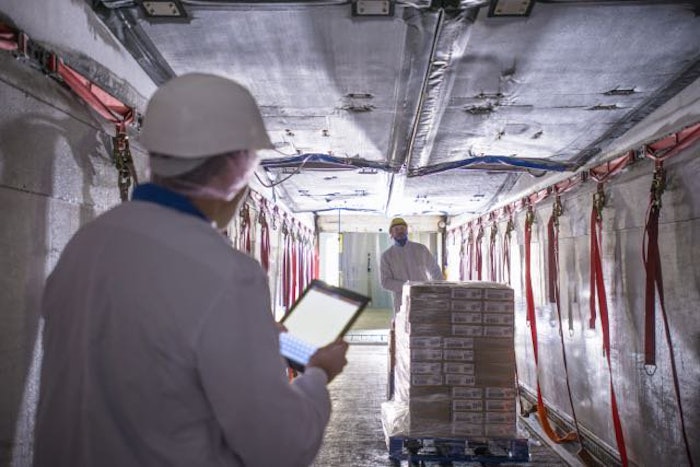 At the beginning of this year, I asked the question: “Could Blockchain Solve Pharma’s Drug Supply Chain Security Act Challenges?” Fast forward several months, and, considering new research, proof of concept studies and product offerings for manufacturing, it appears the answer is, “yes,” we have entered the age of blockchain in the supply chain. And it could solve pharma’s regulatory mandates—as well as be a fit for every industry segment requiring more trust in the supply chain.

According to the Blockchain Research Institute, an organization whose founding members include IBM, SAP, Nasdaq, Deloitte, PepsiCo, FedEx, and blockchain pioneers, like Nuco, just to name a few, blockchain as an Industry 4.0 technology. In the simplest terms, the Institute defines blockchain as the second generation of the digital revolution that creates the “Internet of Value,” a way of building digital relationships that will reshape the way in which we do business.

This month, the Blockchain Research Institute released a case study on electronics manufacturer Foxconn, which has been experimenting with blockchain technology using advanced cryptographic techniques and decentralized networks to build a trusted relationship among its suppliers, partners, factories and customers. The study also explores what Foxconn calls “Chained Finance,” to manage payments and solve a number of integration issues. According to the report, it appears that Foxconn is successfully leveraging blockchain technology as a tool for the movement of money, goods and agreements.

So, while Foxconn may be on the forefront of building a solid blockchain infrastructure, there are things every manufacturer should know before following in their footsteps. Specifically, be aware of what blockchain can—and can’t—do.

It can manage and audit transactions between different trading partners in an immutable manner so that information can’t be changed by anyone in the supply chain. It is a good intermediary that does not require a central party to act as a clearinghouse in the middle. It is tamper-proof and acts as a single source of truth in a chain of custody.

However, it is limited in that it can’t grant permissions-based viewing, meaning, everyone can see everything. There are also questions about scalability. And, while the technology infrastructure is there, to date there have been limited blockchain applications for the manufacturing supply chain.

That’s where One Network comes in. Around for 15 years, the company is a provider of multi-party digital network services for chain of custody transactions. It has developed a way for thousands of partners to seamlessly interact vs. trying to conduct separate transactions using their own enterprise resource management (ERP) applications and a messaging service like electric data interchange (EDI), for example.

One Network’s Real Time Value Network can interconnect any number of trading partners together on a single transaction flow, allowing them to work together on shared services, such as scheduling something for distribution. What’s unique is One Network’s ability to automate the way in which processes are executed and it brings trading partners together in a way in which they only have permission to see the data they are allowed to see. This level of confidentiality is an important part of protecting proprietary information.

Building upon that permission-based model, recently, One Network announced ONE Chain, which adds blockchain to the platform.

“We embedded blockchain capabilities into the network as another way in which our network can function,” said Greg Brady, CEO of One Network. “And [our network] brings all of the permissions and security that [blockchain] lacks, plus development tools for building apps and a store filled with apps that we provide on the network.”

The ONE Chain services will be delivered in a few phases. First, is the launch of the blockchain orchestrator platform that is agnostic to underlying blockchain frameworks such as the open source Ethereum or Hyperledger Fabric, bringing the non-repudiability, trust and immutability that blockchain is known for. It enables easy onboarding for trading partners and access to tens of thousands of existing One Network trading partners. Second, a software development kit allows customers to build their own One Chain apps. And, third, One Network will soon roll out its own blockchain apps, the first of which will be a chain of custody for the food industry supply chain, with pharma and military munition apps to follow.

Back in January, when I asked the question about whether or not blockchain would solve some supply chain problems, the jury was still out, as one industry expert noted there was mass confusion about the potential of the technology. I think it’s fair to say, the confusion is clearing, and this is just the beginning of the technology announcements, which will make 2018 an interesting year for blockchain in business.