Air ambulance operations manager: “The decision to start carrying blood products on board our helicopters and RRVs was a major one for the charity, one which has significantly improved the care that can be delivered to patients.”

Pre-hospital care given by first responders can be critical to a patient’s survival: the ability for responders to give a transfusion at the scene of an incident could be lifesaving for a patient suffering significant bleeding and blood loss.

One of the latest air ambulance charities to implement Crēdo ProMed is Essex & Herts Air Ambulance (EHAAT) in the UK, which now carries blood supplies on board its helicopters and Rapid Response Vehicles (RRVs).

Since introducing blood on board they have carried out 48 transfusions. Scott McIlwaine, Operations Manager at EHAAT, said, “The decision to start carrying blood products on board our helicopters and RRVs was a major one for the charity, one which has significantly improved the care that can be delivered to patients.”

“It was important for us to make sure that our critical care teams had the right equipment. That includes containers to ensure the blood is stored, transported and the correct temperature is maintained in the field for periods of up to 24 hours. After comprehensive research we selected Pelican BioThermal Crēdo ProMed transport bags, and they have never let us down,” added McIllwaine.

EHAAT’s helicopters and RRVs carry packed red blood cells of type O Negative, meaning they can be used on any patient. When required, these are given with plasma, the other major component of human blood. Together these form a vital replacement for patients who have lost blood. 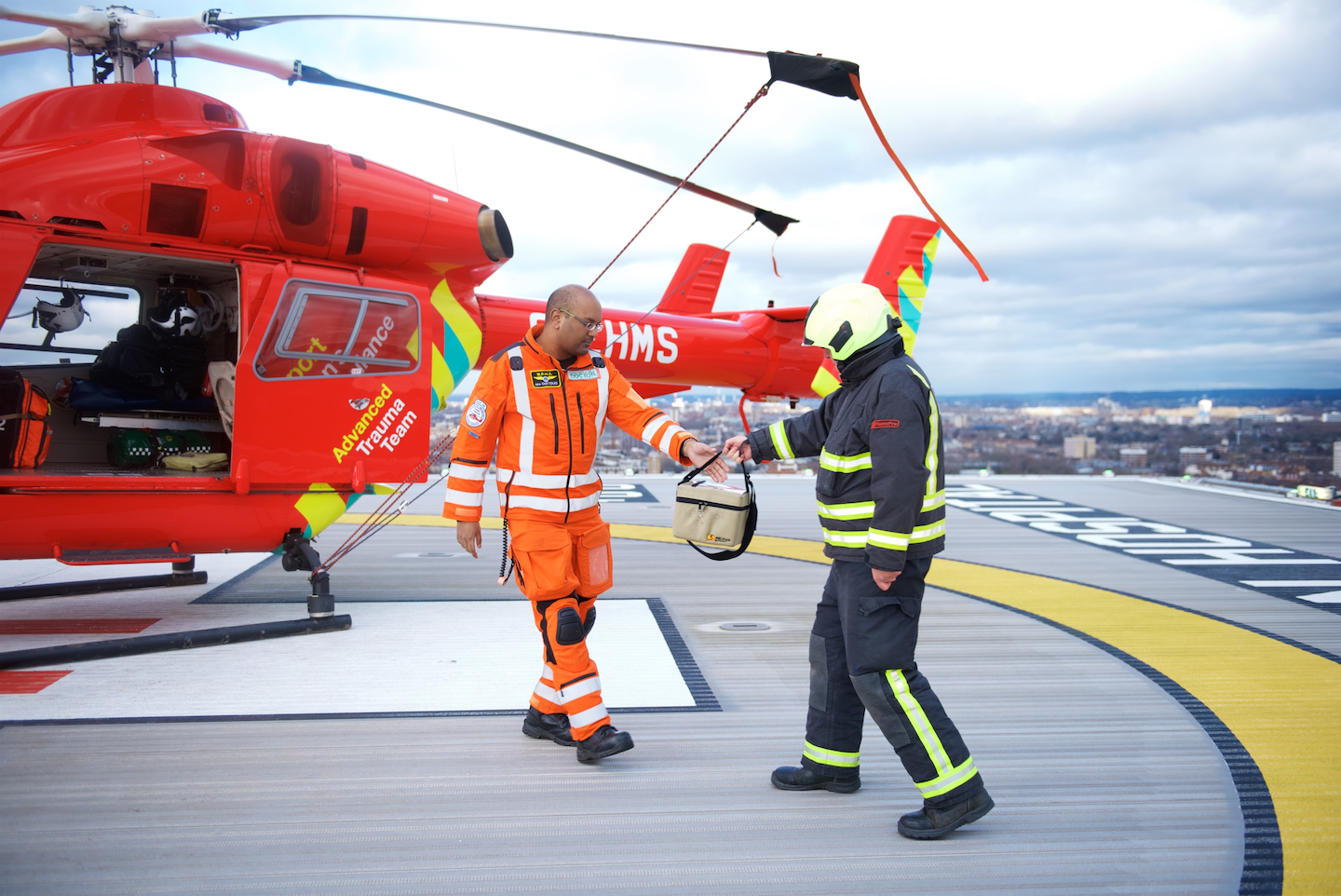 Dr. Anne Weaver, Consultant in Emergency Medicine & Pre-hospital Care with London’s Air Ambulance said, “When we arrive at the scene of a serious incident, we often find a patient losing a significant amount of blood. In these cases every second counts and, as the first UK Air Ambulance to carry blood on board, we see the vital importance of being able to deliver transfusions on scene, pre-hospital, any time of the day or night.”

“After extensive validation carried out with the Transfusion team at Barts NHS Health Trust, we found the Crēdo ProMed transport bag to be the most suitable and have used them ever since,” noted Weaver. “Carrying blood on board our aircraft and in our rapid response cars has undoubtedly been a big change and we continue to innovate to create the next generation of survivors in the capital.”

Since blood on board was introduced by Great North Air Ambulance Service (GNAAS) crews have administered more than 300 transfusions with the help of the Crēdo ProMed. 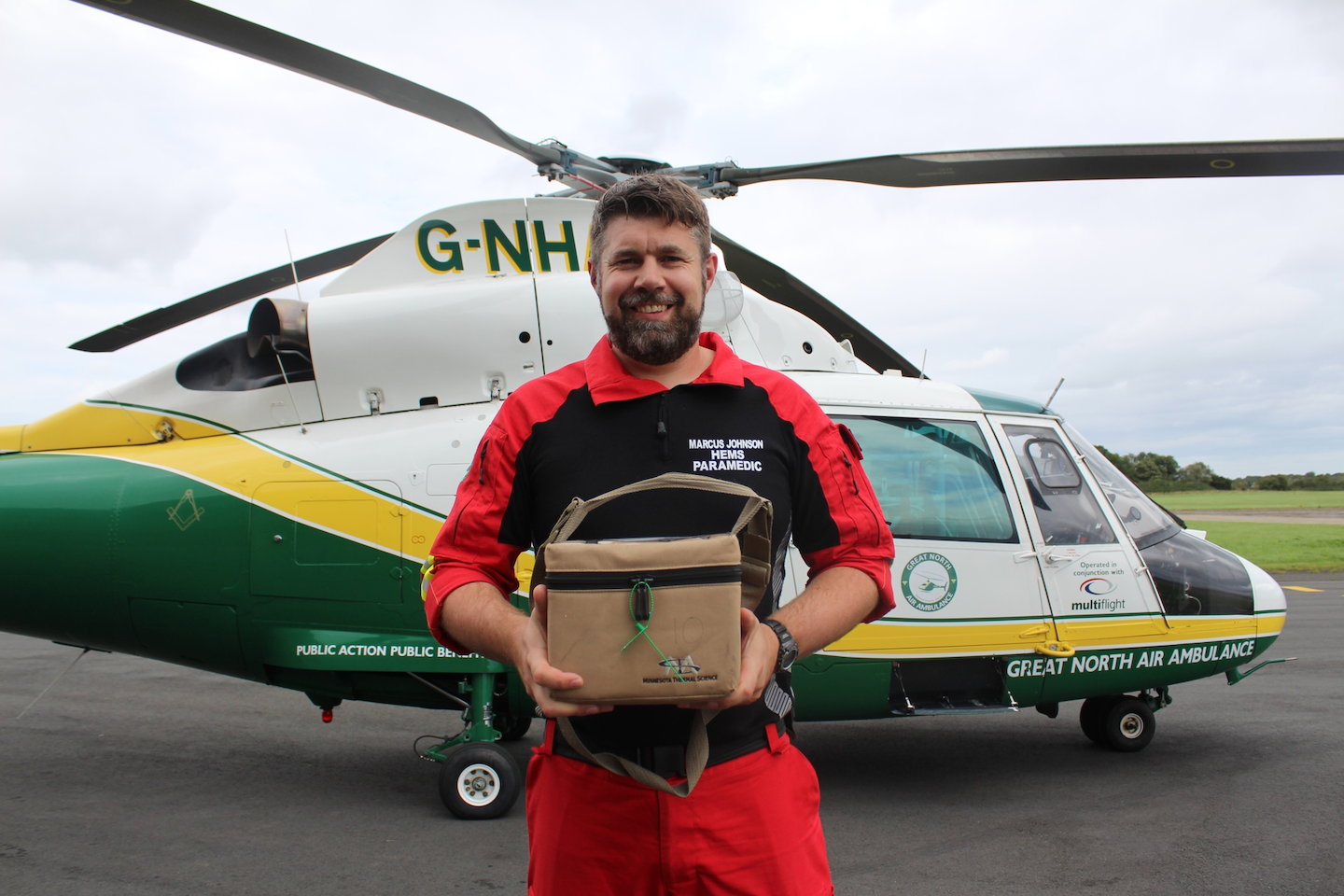 Andy Mawson, Great North Air Ambulance Service (GNAAS) Director of Operations, said, “To those patients who need them, transfusions are a vital lifeline which only a few years ago would not have been available outside of hospital. Without the right kit in place to protect those precious blood and plasma products, the procedure would be futile.”

Yorkshire Air Ambulance utilizes Pelican BioThermal’s Crēdo Cube™ and Crēdo ProMed and has found the products key in keeping blood thermostatically controlled and protected so it is ready for critically ill patients. 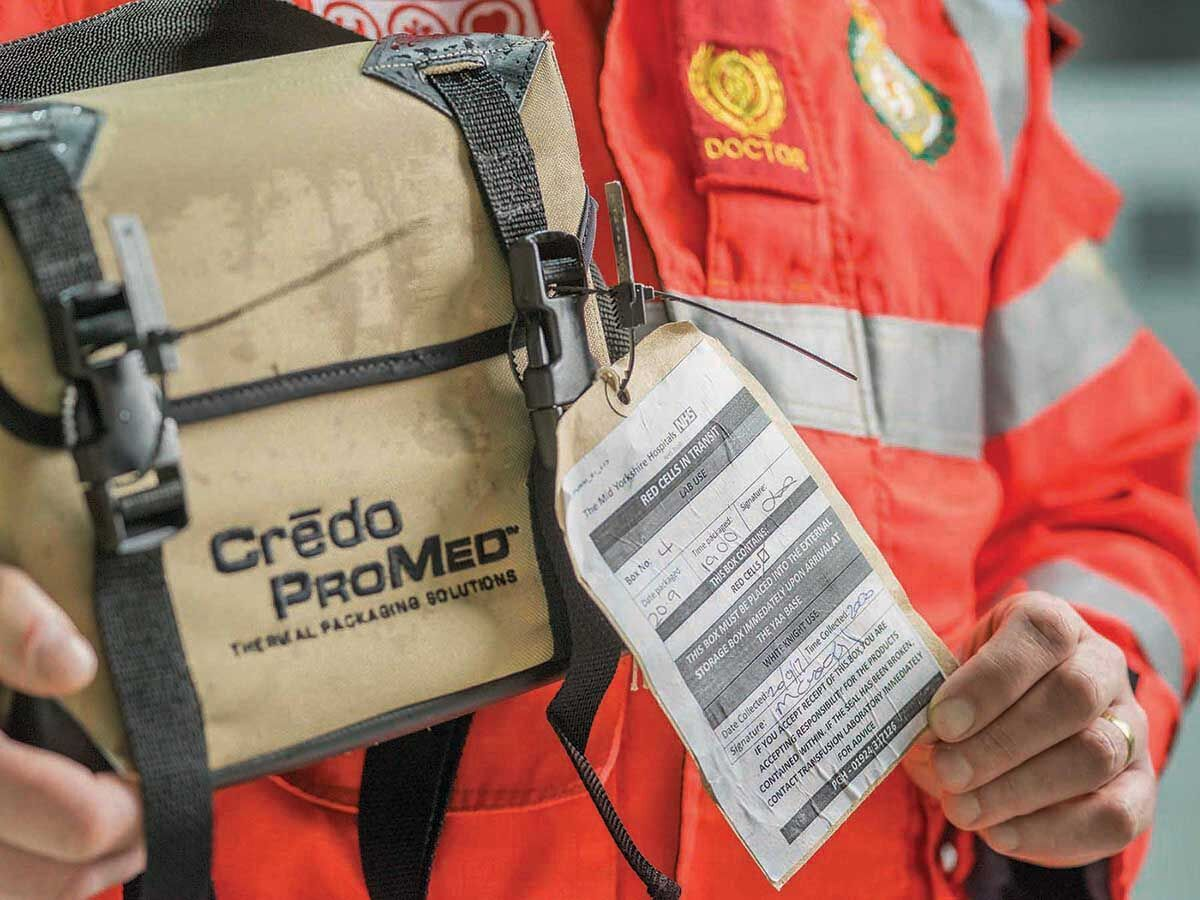 Designed to preserve medications and food delivered to consumers and save retailers millions in contactless delivery, the product appeared on Shark Tank on April 2.
Keren Sookne
Apr 6th, 2021

To meet needs for -20°C pharma product transportation, the new container with -15°C to -25°C operating range addresses market niche and provides customers with consistency, efficiency, and ease of use.
SkyCell
Feb 22nd, 2021

Pelican BioThermal Launches 'School of Cool' for Customers and Distributors