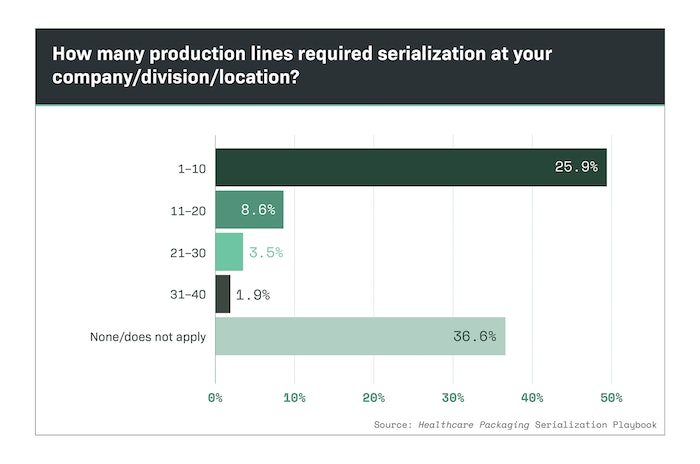 At TraceLink’s FutureLink 2018 event held last November, Abbott’s Cyndi Poetker and Biogen’s Bjoern Rosner indicated their companies were looking at ways to gain a return on investment from their global serialization efforts. That approach to actually pursue benefits still seems ahead of the curve compared to so many companies that lament considerable financial loss from the investment—not to mention its role in reducing productivity and output.

Dirk Rodgers, Founder of RxTrace.com, responded by saying, “The fact that nearly half of Playbook readers indicated that none of the packaging lines being retrofitted with serialization capabilities were in the U.S. is likely a reflection of how much of our drug supply is being manufactured and packaged offshore. But these results may also be influenced by the need for serialization for other markets outside of the U.S.”