Part One of a Special Report on serialization shows how companies delegated responsibilities within their internal departments to meet serialization mandates. 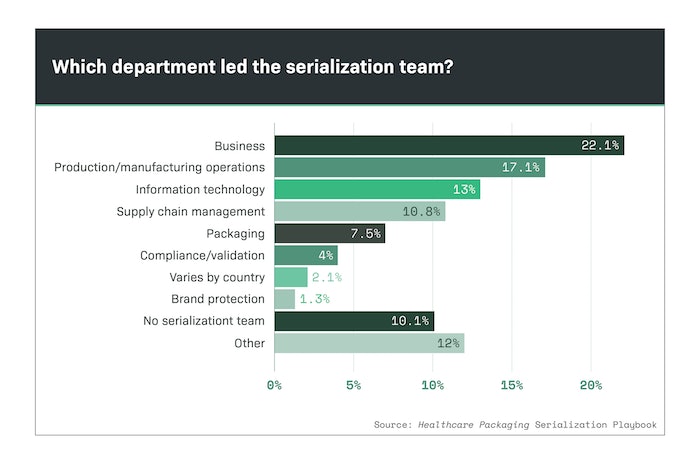 Part One of a Special Report on serialization shows how companies delegated responsibilities within their internal departments to meet serialization mandates.

Beginning in 2012 and running through 2018, Healthcare Packaging’s 150-page Serialization Playbook was downloaded more than 4,700 times. Each person answered a series of questions that revealed details such as where they worked, their role in serialization, as well as key metrics such as how many lines they were responsible for serializing and where they were located.

We asked Dirk Rodgers, Founder of RxTrace.com, to analyze responses to the question, “Which department led the serialization team?”

He noted, “The wide diversity of departments leading the serialization teams of Playbook readers reflects the breadth of departments that are impacted by the mandates. All of these departments should be involved, but the one department each company chooses to lead the effort may be more of an indication of corporate culture and power. There is no ‘right’ or ‘wrong’ department to lead.”