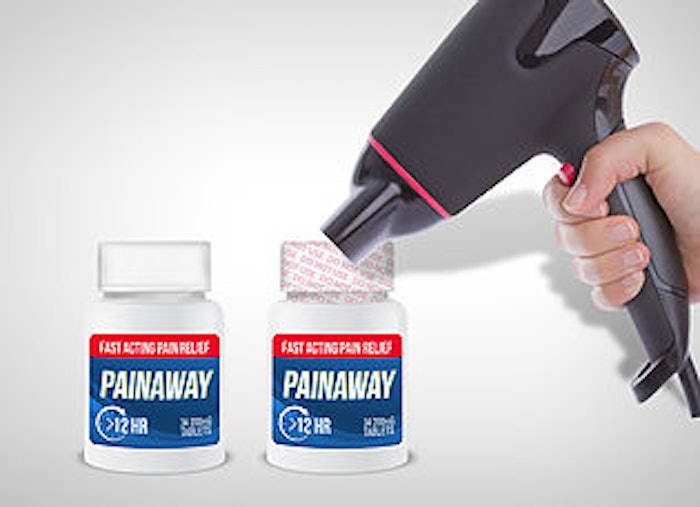 Chromatic Technologies Inc.(CTI), provider of thermochromic ink and other environmentally reactive technology, announced the introduction of Tamper Alert, a new irreversible, heat-activated ink technology to identify tamper evidence in labels and packaging for chemicals, pharmaceuticals, food, electronics and other products targeted for theft and counterfeiting.

Tamper Alert provides customers with a tight activation window where the alert transitions from colorless to full color within a range of 10° C. Traditional irreversible technologies require a transition window between 30° to 50° C(86° F to 122° F). This results in weak color activation and detection at lower temperatures.

Historically, CTI has produced inks that change "back and forth"based on temperature or sunlight, such as in the ink used recently for the U.S. Postal Service 2017 solar eclipse stamp. In contrast, Tamper Alert changes once, irreversibly, to show a product that has been tampered with or undergone a temperature change that could impact product quality.