9 Tips to Prep for Labeling Inspections 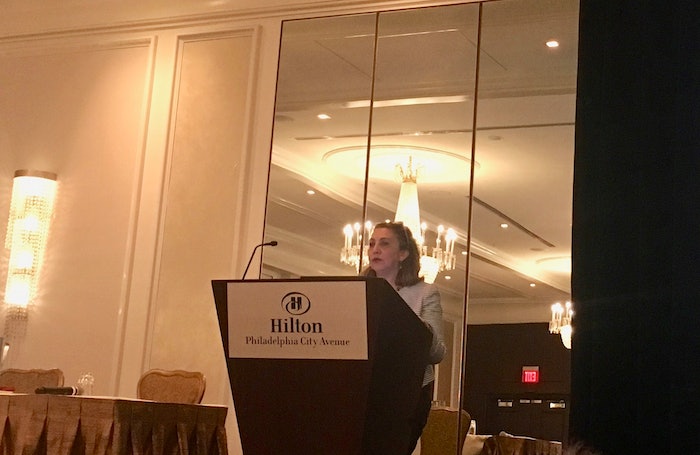 This scrutiny has led many companies to adopt end-to-end tracking mechanisms to deal with inspections, which has caused a downward trend in observations on these topics in recent years, according to Roya Behbahani, Director and Labeling Cluster Head in Global Labeling Management at Pfizer.

Behbahani instructed attendees at the 11th Pharma Packaging and Labeling East Coast in Philadelphia that preparation is key and offered some interesting insights in deciding how to prepare.

1. Preparation should be a way of working versus suddenly preparing when inspectors are on their way. What does this mean in practice? “What we emphasize at Pfizer is making sure that the data we put into a tracking system makes sense,” Behbahani said. Maybe the data input seems clear right now, when you’re involved in a given project or task. But will it make sense in two years? It should become habit to enter data that is clear and explanatory, so that it still makes sense after some time has elapsed.

Pfizer maintains ongoing monitoring—the “labeling police”—that check that the data entered makes sense. “It makes things a lot easier. Everything is looked at throughout the year,” she said.

This also means having some canned presentations that explain processes—including overview material—that you know auditors will ask about. She noted, “Present these holistically, not just for a small part of the process. Make it make sense for the inspector.”

2. Identify global and local colleagues. As Behbahani explained, “Local can mean global. Health authorities talk to each other. If one of them finds something critical, you can be sure they’ll share it with others.”

The MHRA may not just ask for U.K.-specific labels, but also for centralized procedures. You need to have colleagues identified before an inspection takes place who can help with global questions.

A given health authority may typically be more interested in processes, while another emphasizes the products and labeling themselves, but any health authority can shift its focus during an inspection.

3. Have a 24/7 coverage plan, which ties into tip #2. When there’s an inspection in the U.K., you may need a person in the U.S. to run a report in the middle of the night. Without coordinating people in advance, this could be difficult to impossible.

4. Utilize public information, such as available presentations, previous inspection findings, corporate audits and ongoing corrective and preventive actions. She added, “Don’t just look at the inspection findings themselves, but what questions and areas of interest they had.”

5. Pre-inspection requests can be beneficial, but proceed with caution. These can be a double-edged sword. On the positive side, they give you a chance to prepare and ensure your data is easy to understand.

But you may also identify gaps or risks, and with only a few weeks, it’s not going to be enough time to actually implement any fixes. Inspectors can see those gaps, but the additional time allows you to think about remediation efforts and offer up a plan.

Showing that you’ve identified a gap and have a plan in place may have benefits. Of course, every scenario is different, it’s possible that having a remediation effort planned out could mean a less severe finding.

6. Don’t rush to an answer. Behbahani pointed out that sometimes you may react and respond quickly, but your answer may not be what the inspectors are asking for. She advised discussing among stakeholders for a common interpretation and a strategic approach to fulfilling the request.

Inspectors may make a request for historical data without giving a set time window. Instead of asking how far back they want it—and risking them asking for more than you can reasonably give—offer the historical data that you feel makes sense. If they’re looking for a specific window, they can always counter with that.

7. Think ahead about possible labeling topic requests from inspectors, including listings of co-manufacturers/co-licensees, product lists, actual labels and inserts, minutes from executive committees and open CAPAs. Other key topics could include:

8. Take extra precautions regarding acquisitions. Acquired products often bring documentation challenges. Was all the documentation from the legacy system transferred or migrated to the current systems?

9. Keep the messaging consistent. She said it’s an important step to have a team meeting at the end of each day during the inspection to summarize the events and prioritize next steps.

So much of the ongoing preparation comes back to proper data entry from start. Behbahani said, “Labeling is an easy target for inspections. You have to remain vigilant about record-keeping.”