John Andrew Kowal, loving husband, sibling, and uncle, passed away at the age of 62 on Wednesday July 8, 2020 at home with his family at his side. He fought the good fight against cancer until the very end. 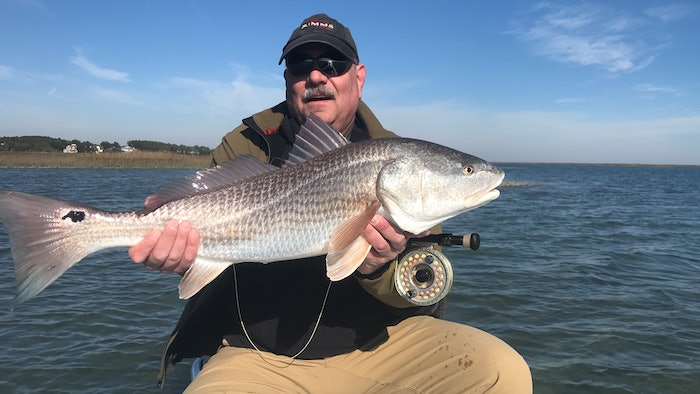 In honor of John's lifelong passion for fishing, donations to Michigan's Trout Unlimited are requested in lieu of flowers.

John Kowal, Director of Business Development at B&R Industrial Automation passed away in July 8, 2020 after a long battle with cancer. Kowal was one of the most influential figures in packaging automation over the past two decades. In the 90s, Kowal authored a book on PC vs PLC control. Joining the servo division in the late 1990s of what is now Bosch Rexroth, Kowal evangelized the potential for servo control for the packaging machinery industry at a time when there was resistance to the new technology. As part of this effort, Kowal was instrumental in propelling the then-sleepy OMAC organization into the packaging community in the late '90s, giving it a sense of purpose and vitality that put it on the map. (At the time, OMAC stood for Open Modular Architecture Controls but was later renamed to Organization for Machine Automation and Control.) 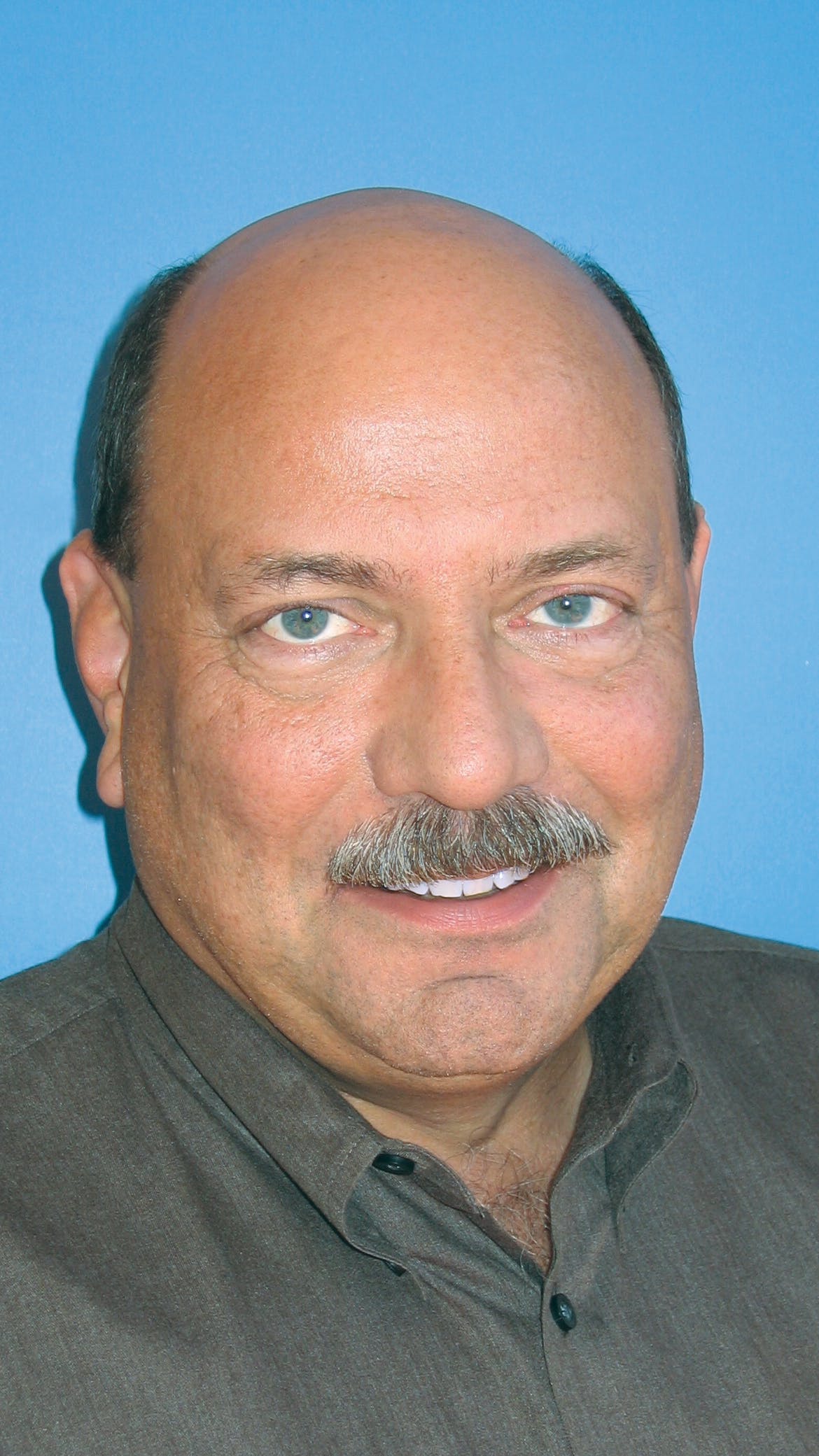 John Kowal, Director of Business Development at B&R Industrial Automation, passed away on July 8th, surrounded by his family

In 2002, Kowal was tapped to join Elau, a then privately held German servo control manufacturer that wanted to take on entrenched competitors in the highly competitive U.S. motion-control market. John spearheaded what was considered to be the one of most audacious marketing programs in the field of packaging automation at that time. Elau grew its presence in the U.S. rapidly from a standing start until it was eventually acquired by Schneider Electric in 2005. Its marketing was a big part of that. Kowal moved on to B&R in 2010, handling marketing for B&R’s global automation business, where he remained until his passing this July.

Throughout this period Kowal became an increasingly active and influential member of PMMI, serving on its board of directors. During John’s 20+ year career in packaging automation, he relished the promotion the latest motion control technology to help OEMs make their machines better for the end customer. His services to PMMI are as follows:

Friends and colleagues remember
Said longtime friend collaborator Bryan Griffen, Director, Industry Services, PMMI, of John, "It is with deep sadness that I learned of the passing of a great colleague and a true friend. John Kowal passed away yesterday after a long battle with cancer. I would like to take a moment to honor his memory. John was a tremendous contributor to the automation and packaging industries, and in particular to OMAC. He was one of the most gracious persons I have known; always willing and enthusiastic to help in any way he could. He was a friend, mentor and role model to many people throughout the industry. Thank you, John, for guidance and friendship. You will be missed!"

John Eklund, VP, Marketing, ProMach, said, "John was one of the first people I met at my first PMMI meeting way back when. People gravitated to John because he was so kind and honest and just a joy to be around. He made a lasting impression on everyone he met. Anyone who ever interacted with John knows exactly what I’m talking about. He was a good friend and he will be sorely missed by me and countless others who were fortunate enough to have crossed paths with him."

And Matt Jones, Vice President Sales & Aftermarket at Dorner Mfg. Corp., said the following of John: "The world lost one of the good guys with John’s passing.  We had John as a guest speaker at a Dorner sales meeting five years ago. He did a really nice job and connected well with our sales team. That was John. He had remarkable social agility. He was comfortable in any setting and that’s one of the things that made him special. We were both history geeks, too. We would have a few drinks and talk for 30 minutes about WWI or WWII history. Funny. People would walk up and then run away once they realized what we were discussing."

Funeral details
John's entire obituary can be found at Moss Family Funeral Homes website. Per the obituary: Due to COVID-19 a private visitation will be held on Thursday, July 16, 2020, at Moss Family Funeral Home, 209 South Batavia Ave., Batavia, IL 60510.  A private memorial service will take place on Friday, July 17, 2020,  also at the Funeral Home.  A Celebration of Life memorial will take place in August in the Upper Peninsula of Michigan at East Branch Fox River State Forest Campground in Seney, Mich., which was the inspiration for John’s favorite author, Ernest Hemingway’s short story, “Big Two-Hearted River.”

In lieu of flowers memorial donations may be made to, Michigan Trout Unlimited P.O. Box 442 Dewitt, MI 48820 http://www.michigantu.org/index.php/support-our-work/make-a-donation-to-michigan-tu. Please include John’s name in the "ADD SPECIAL INSTRUCTIONS TO THE SELLER" section so the funeral home can be sure to thank you for your support.

Hear about machinery for emerging brands looking to make their first inroads into packaging and automation software for not only OEE, but also establishing ROI for C-Suite decision makers.
Sean Riley
Apr 18th, 2022

Small and medium-sized manufacturing operations are now the companies that hackers and bad actors target the most
Sean Riley
Mar 18th, 2022

IT Specialist Andy Lomasky and OT Specialist Bryan Griffen deliver five quick recommendations to assist all employees — on and off the plant floor — in doing everything they can to thwart potential Russian interference.
Mar 2nd, 2022

As EVP, Industry Outreach for PMMI, Angel will focus on industry outreach and building relationships that support the packaging and processing industry.
Feb 24th, 2022

Listen as global packaging and processing heavyweights break down how brands develop on-pack messaging that appeals to consumers.
Jan 11th, 2022

Your PACK EXPO East Packaging Vlog returns with the inside scoop on all things packaging and processing.
Sean Riley
Jan 11th, 2022
More in PMMI news

Three lessons cover the fundamentals and importance of standards, including their purpose and the development processes that contribute to their publication.
Sean Riley
Dec 13th, 2021

Listen to OEM Editor-in-Chief Stephanie Neil's discussion with Below the Line President Jill Miller about Miller's goal to level the playing field for women and people of color in packaging and processing.
Sean Riley
Nov 29th, 2021