Lukas Guenthardt accepts leadership of the company following the retirement of President and CEO Timothy Shuttleworth. 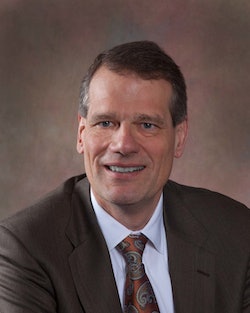 Lukas Guenthardt has been appointed president and CEO of Eriez, a leader in separation technologies. A member of the board of directors since 2011, Guenthardt was named executive vice president of global strategy and development for Eriez in 2014. Prior to joining Eriez, he served in various executive capacities at K-Tron International, including president of the K-Tron size reduction group, during his 20-year tenure with the company.