Produced in a two-component process, the housing parts for medical devices require a shorter cycle time.

The process is cut down to a very short cycle time under realistic production conditions at the stand for Engel—a manufacturer of plastics processing machines—in hall 15, stand C58 at the K 2019 trade fair in Düsseldorf, Germany, between October 16th and 23rd.

“The key thing with housing parts is the cooling time,” says Dr. Georg Steinbichler, Senior Vice President of research and development for technologies at Engel Austria. “Since the wall thickness cannot be decreased for stability reasons, conventional one-component production leaves no opportunity to reduce the cycle time. But in the two-component process, we inject two thin layers, each of which quickly cools. Since both injection molding steps are carried out at the same time, overall production efficiency increases.”

A Hack Formenbau 8-cavity Vario Spinstack mold on the cleanroom version of an all-electric e-motion 310H/170W/160 combi injection molding machine is used for this purpose at Engel’s stand.

This is equipped with a vertical indexing shaft with four positions: the first for injection molding the bodies, using a transparent polypropylene from Borealis; the second for cooling; the third for applying a second layer of polypropylene (this time coloured green) to the pre-molded parts; and the fourth for a viper 20 speed robot to step in and remove the parts. The linear robot is deisnged to reach down to remove the eight housing parts from the closed mold, which is meant to be another factor contributing to the extra-short cycle time.

With the two-component process design, a sight glass can be added to the opaque housing right as it is being injection molded.

The two-component precision mold is made to be fully servoelectric in its operation and is uses a software programme developed by Engel. This is meant to ensure that the servoelectric movements—core-pull movements, for instance—can be controlled in the same way as those of hydraulic systems.

The servoelectric molds, which are designed to have an oil-free production when combined with all-electric injection molding machines, can have their movements programmed by users without additional qualifications thanks to the help of the software, according to the company.

Another star in line for its world premiere is the Engel compact cell, which is the key reason for the production unit’s compact design. For fully automated operation, it includes the box changer into which the viper speed deposits the injection molded parts. Despite being home to all the automation components, the compact cell is still significantly slimmer than a standard safety guarding. When the compact cell is opened up, the box changer is automatically moved to the side, allowing open access to the mold in no time with just a single movement of the hand. As well as saving space, the compact cell also increases flexibility. Aside from the box changer, it can house other automation units such as a tray server. Its standardised design makes it very simple to add in extra components, while allowing for speedy retooling during a product change. 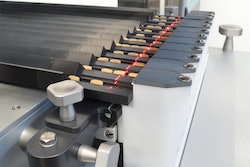 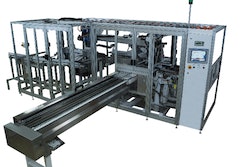 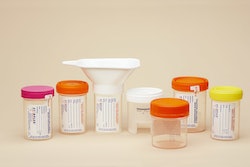 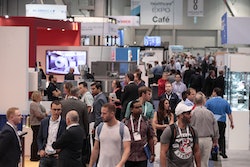