Antares Vision and ALP.I sign an agreement for the two companies to merge

Agreement between ALP.I, the special purpose acquisition company (SPAC) promoted by Mediobanca, and Antares Vision, world leader in vision control systems, traceability solutions and data management in the pharmaceutical sector, signed ten months after ALP.I was listed on the stock market, and introduces new features to the SPACs universe 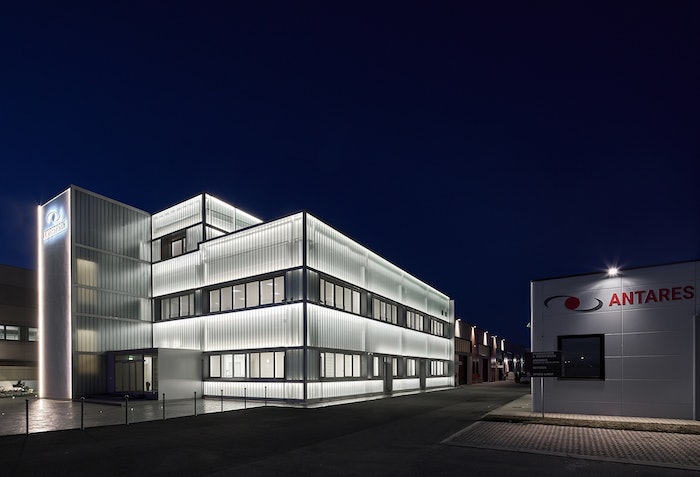 Antares Vision and ALP.I sign an agreement for the two companies to merge

Antares Vision and ALP.I SPAC announce they have reached an agreement for the two companies to merge, The rationale for the merger is to provide support for and accelerate the growth path undertaken by Antares Vision from its inception to the present day. ALP.I will invest €70m, taking an approx. 12% stake post-acquisition in the Brescia-based firm. The general meeting to approve the business combination will be held in February 2019.

Antares Vision – founded in 2007 by Emidio Zorzella and Massimo Bonardi, two opto-electronic engineers from Brescia who have worked together since their university days – is a technology company with an industrial culture. Antares Vision is a world leader in the pharmaceutical sector, in the design, realization and implementation of traceability solutions – hardware and software – with more than 2,000 installations in product lines in over 200 pharmaceutical facilities in Italy and worldwide. Antares Vision is the sole or main supplier of ten of the twenty leading pharmaceutical groups worldwide. Over 80% of its production is exported, and Antares Vision offers global coverage and 24/7 assistance in more than sixty different countries.

Track & Trace, Visual Inspection, and Smart Data Management are the main business lines on which Antares Vision’s fully scalable technology product offering is based. The company also offers a portfolio of maintenance and post-sales assistance services. Between 2012 and 2017 Antares Vision grew at a CAGR of over 50%. In 2017 its EBIT margin was over 25%, reflecting steep growth versus the previous two years. With its strong pipeline and the recurring nature of its contracts, the company has high visibility over future results.

The niche technology segment in which Antares Vision operates is growing strongly, following the trend in product protection, starting from integrity in terms of quality control, throughout its life-cycle, and remaining traceable along the entire supply chain.. The pharmaceutical industry has an important regulatory component linked to drug anti-counterfeiting measures, meaning that such systems have been adopted earlier. However, the Antares Vision management believes that these tracking solutions will soon be extended to other non- pharmaceutical industrial sectors which are equally demanding and sensitive to quality control and supply chain transparency issues, such as food, beverages, biomedical devices, OTC drugs and cosmetics. With the liquidity injected by the ALP.I merger, Antares Vision will be able to look carefully at possible acquisition opportunities which are available due to the high degree of market fragmentation.

The project has received support from a share capital increase subscribed by Sargas, the vehicle company set up ad hoc by Guido Barilla in which the following, among others, have stakes: Inpar Investment Fund, H14 (Berlusconi family) and Antonio Belloni. Sargas will have approx. 14% of the share capital post- combination. Now, with the agreement with ALP.I, the aim is for the combined entity to proceed to listing first on the AIM, and at a later stage, on the MTA.

The shareholders of ALP.I, with an investment of €70m, will own approx. 12% of Antares Vision post- combination. More specifically, the deal involves an investment of €70m (the other €30m will be returned to the ALP.I investors net of any withdrawals), €50m of which will be contributed by ALP.I to Antares Vision to strengthen its capital, with the other €20m available to buy out certain minority shareholders of Regolo, Antares Vision’s controlling shareholder. The choice of a target significantly larger in size than those on average selected by other SPACs is another new feature contributed by ALP.I. Because of its growth story and size, Antares Vision is an ideal candidate for a successful IPO.

An innovative change brought by ALP.I is the fact that the research notes prepared by analysts from Mediobanca Securities and Equita SIM, the number one and number two equity research houses in Italy respectively (according to Extel), are available for investors basically at the time the deal is announced.

A further innovation relates to the structure of ALP.I itself: the promoters have made changes which align their interests even more closely to those of the investors, eliminating the various triggers for the special shares (originally set at €11, €12 and €13 per share), and instead setting a single trigger of €13.50 per share, and extending the vesting period to five years. Thus, the promoters of ALP.I will be in a position to convert only after the market investors have received the maximum number of shares deriving from their warrants (i.e. at €13 per share) and such investors would have achieved an estimated overall return, on shares and warrants, of over 50%.

Also, in agreement with Antares Vision and its shareholders, it has been decided to keep the number of warrants and conversion shares unchanged for investors, despite the 30% reduction of the ALP.I investment (which usually would have led to a pro-rata reduction in the warrants), thereby increasing the leverage in favour of each ordinary investor.

Emidio Zorzella, Chairman of the Board of Directors and CEO of Antares Vision, said: “This deal represents another step on our path to growth. Today, after consolidating our business development plan, we are looking to bolster our financial structure which is why we have chosen a partner of the excellence of ALP.I and its promoters. We believe strongly in our business mission, and with this merger we are confident we can improve our appeal and our positioning on the market. Technology is an important driver in economic and cultural change and it is vital to continue the innovation process to drive further success in the future.”

Roberto Marsella, Chairman of the Board of Directors of ALP.I, said: “We are grateful to Emidio Zorzella and Massimo Bonardi, the founders of Antares Vision, for the confidence they have shown in ALP.I, and support the company’s business development with enthusiasm and conviction. We believe Antares Vision is an ideal candidate for a successful IPO, in line with the best listings seen in recent years, on the back of the management’s clear strategic vision and solid global competitive positioning in a strongly expanding niche technology segment. The significant changes we have made to the structure and process of ALP.I reflect our conviction regarding the quality of the Antares Vision project, and at the same time seek to provide concrete answers to specific market requirements.”

In the deal ALP.I has been assisted by Mediobanca – Banca di Credito Finanziario as financial advisor, BonelliErede as legal advisor, Honigman Miller Schwartz and Cohn for legal due diligence activities regarding the US subsidiaries forming part of the Antares Vision group, New Deal Advisors for the financial due diligence, and PricewaterhouseCoopers as auditor. Antares Vision has been assisted by Rothschild & Co as financial advisor, Orsingher Ortu – Avvocati Associati as legal advisor, and EY as auditor. Equita SIM has acted as nominated advisor and specialist.