MG2 was founded at the end of 60’s when Bologna already was, like today, the centre of excellence in both the development and the production of automatic machines, thus deserving the title of “Packaging Valley”.

MG2 was founded at the end of 60’s when Bologna already was, like today, the centre of excellence in both the development and the production of automatic machines, thus deserving the title of “Packaging Valley”. The company was originally established as a start up to become today a multinational company, world-wide leader in the production of capsule fillers, solutions to fill capsules with solid and liquid pharmaceutical products, automatic machines for packaging and end of line, with a production paradigm which remained unchanged during the years and which is based on reliability, quality, accuracy and production efficiency. Expertise and an approach towards innovation represent the founding features of MG2 since its creation and which are strongly pursued by MG2 present personnel. Among them, there is Mr. Alessandro Recupero, MG2 Sales Dept. Manager, who is going to tell us about his idea of the market, starting from 2018, but looking much farer.

"Achema is the most representative exhibition for MG2 and based on the shown machines. I would say that our message is clear: we are a single contact point to satisfy all needs. How? For what concerns our Process Division, we will show our mod. FlexaLAB capsule filler in containment version with washing system. To-date it is the only R&D completely automatic capsule filler which can reach an OEB5 containment level. Model Planeta capsule filler, which is our best seller, will be exhibited in its new “outfit” in compliant to Industry 4.0. A new HMI panel and interface strengthen its role as a benchmark for customers looking for "flexibility" both in terms of speed, ranging from 6,000 up to 100,000 capsules/hr, and in terms of dosing options relevant weight control systems. Through AlterNova, which is introduced with a new design that is showed at the Achema with a new design, we will show how MG2 is also present in the market with an intermittent motion capsule filler, particularly but not only in the nutraceutical industry. An important role will be played also by our stand-alone check-weigher and sorting machine for tablets and capsules model SELEKTA, equipped with MultiNETT system, an exclusive patent MG2.

But boundaries of MG2 do not end up here: the Packaging Division enriches the present offer at Achema. After 30 years of exclusive experience in capsule filling, in 1997 MG2 also focused on the design of cartoning machines, tray formers, case packers and palletizers. Thanks to this further element, Mg2 portfolio can cover all the requirements of the whole production chain.

“The real surprise to many visitors of Achema” says Mr Alessandro Recupero ”is the special packaging area where will introduce a worldwide preview. It is actually here that MG2 will present both its new intermittent motion cartoning machine and its first blistering machine, an evidence of our continuous will to look for new growing sectors, always aiming at a market share which has been precluded until now.” 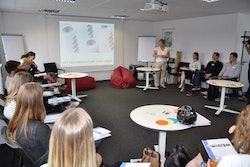 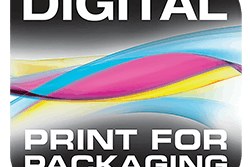 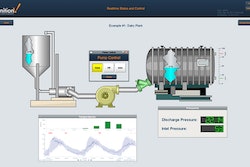 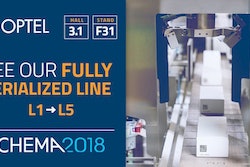