Branding veterans: Task at hand is for CVS to put consumer care first in ways that bolster loyalty and satisfaction; move to be closely watched in retail, healthcare and beyond, they say.

The pending $69 billionacquisition of Aetna by CVS could yield valuable lessons for others in the healthcare and drugstore sectors as they seek to forge stronger ties to consumers, according to veteran branding experts from CBX.

"What interests me here is the potential for CVS-Aetna to create new, meaningfully differentiated brand experiences for consumers," said Brian McDonagh, a Minneapolis-based strategy director who has worked with the likes of Kimberly-Clark, Merck, Medtronic and PepsiCo, to name a few. "CVS has nearly 10,000 stores; Aetna covers 22 million people. If they can combine to better meet the clinical and patient needs of such a large swath of the U.S. population, it will be a game-changer."

CVS, the second-largest U.S. drugstore chain, is buying Aetna, the country's third-largest health insurer, in what observers say is a bid to ramp up the level of care CVS offers to its customers. The deal could ultimately translate into more in-store clinics for CVS—it already operates about 1,100—with expanded menus of available medical services, including those for patients with chronic conditions.

As a result, it could help CVS further sharpen its focus on its core business and purpose—namely, to be a healthcare company, McDonagh said. "For far too long, U.S. chain drugstores have suffered from a bit of an identity crisis," he said. "Despite the coolers and front-of-the-store merchandise, CVS, for one, has realized that it isn't primarily a food seller, nor is it a discount retailer or c-store. Increasingly, CVS has been trying to act like a healthcare company."

The move will create some intriguing possibilities with respect to integrated store design, signage, packaging, naming, logos and other forms of creative marketing, McDonagh said. However, the actual experience of receiving healthcare in these locations will arguably be the biggest factor in bolstering the brand, he said.

"Potentially, this union is a step away from a disjointed, broken system toward greater coherence," McDonagh said. "The question is, what philosophy and mission are driving this? Is it pure profit or a true commitment to consumer care? Given that CVS has already demonstrated a commitment to consumer care at a loss to its revenues—namely, by taking tobacco out of its stores—I am glad CVS is doing the acquiring here."

More broadly, other U.S. pharmacy chains and healthcare-related companies could benefit from thinking creatively about how to better connect with their customers, McDonagh noted, and they will no doubt be paying close attention to how the CVS-Aetna deal evolves. "Connecting is second nature to manufacturers of soda, breakfast cereal or laundry detergent, but the calculus for healthcare companies is quite a bit more complex," he said. "If CVS and Aetna can put consumer care first and offer greater usability, transparency and value, there will be lessons as other companies seek to follow suit."

For his part, CBX Managing Partner Gregg S. Lipman sounded a cautionary note about the trend in the U.S economy toward vertical integration. While the list of resulting pros includes lower prices, easier access and more convenience, he said, there are also significant costs as more consumers live within closed, vertically integrated ecosystems.

"Consumers will soon be forced to pick their 'team': 'I'm a Walmarter' or 'I'm an Amazoner,' " Lipman said. "All of their info is in the vertical, and so all of the value they can reap—from loyalty rewards, to custom and leveraged pricing—is in that vertical. The thing is, the goods and services on offer are just about the same. The danger is a growing sense that Big Brother is truly here. Is that a good thing for consumers? Could it eventually spark a backlash?" 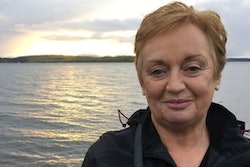 Got Type 2 Diabetes? Just Stick to Soup and Shakes. 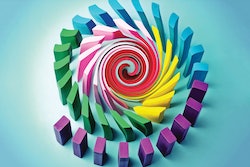 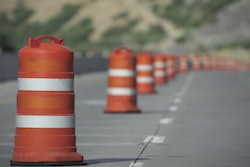 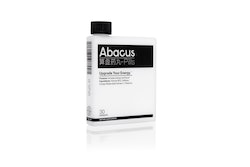