The certificate was issued on July 17, 2017, and will be valid for one year. With this announcement, Phytoplant Research becomes one of the only projects of its kind in Europe to have earned GLOBALG.A.P. certification.

Dr. Salvatore Casano, manager of the department of breeding and cultivation at Phytoplant Research, stated this about the GLOBALG.A.P. certification: "We have been working for over 5 years now to breed new varieties of medicinalCannabis that adapt to the growing conditions of south of Spain, using natural sunlight. We are proud to have achieved this important objective — receiving the GLOBALG.A.P. certificate not only validates the quality of our industrial production chain but also recognizes the legitimacy of our plant varieties registered in the European Community Plant Variety Office (CPVO)."

Phytoplant Research's work with raw Cannabis material includes cultivation, harvesting, drying, processing, and packaging. For the past several years, the firm has worked to develop a viable production model for the western Andalusia region. This model consists of high tunnels and associated structures that allow for all necessary raw material production phases. The resulting medicinally valuable compounds include Cannabidiol (CBD), Cannabigerol (CBG) and Cannabigerol acid (CBGA).

In the context of Cannabis production, GLOBALG.A.P. certification entails a set of standards covering the entire production process — from the delivery of nursery plants to the harvesting and handling of dry raw material from the mature plants. The most recent update to the certification (version 5.0) added several new standards, including the requirement that producers work only with officially registered plant varieties, and to fully respect relevant intellectual property laws. At Phytoplant Research, GLOBALG.A.P. certification addresses the following CPVO varieties: Sara (2015/0098), Pilar (2016/0115), Theresa (2016/0116), Juani (2016/0117), Aida (2016/0167) and Octavia (2017/0148). Additionally, all plant varieties are propagated asexually by Phytoplant Research to increase standardization.

GLOBALG.A.P. is an international organization committed to facilitate "Good Agricultural Practice." Its primary goal is to incentivize safe, sustainable agriculture through certifications and benchmarks, as well as a complex system that harmonizes GLOBALG.A.P.'s many certifications. Members share the organization's vision and work to influence their local agricultural networks and effect positive moves toward sustainability, safety and quality.

Looking ahead, Phytoplant Research plans to continue developing new varieties of Cannabis and engineering new methods of extraction and purification of cannabinoids. 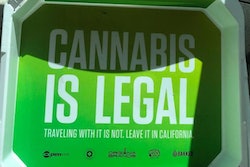 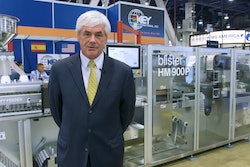 Feature-heavy blister packaging at 900 per minute 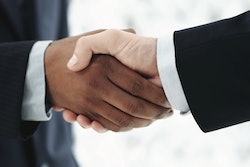 Changing role for OEMs as CPGs get leaner 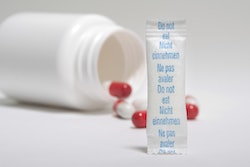