On the heels of veteran Vice President and Casting and Release Paper Managing Director Tom Collins' announcement of his retirement, Sappi North America, leading producer and supplier of diversified paper and packaging products, has announced the combination of two key business units, Packaging and Release, and three notable promotions.

Tom Collins leaves the paper industry and Sappi's Release Business after a successful career spanning over four decades. Since joining the Lead Team in 2013, the Release Business has improved its operational efficiencies and expanded its offerings far beyond its traditional business, including the introduction of the NeoterixT ST bacteria-resistant products.

With Collins' departure, formerly the Vice President of the Coated Paper & Packaging business, Deece Hannigan will now serve as the Vice President for the newly expanded Packaging and Specialties Business. In his new role, Deece will maintain his leadership of the Packaging, Supply Chain and Inside Sales groups, while assuming accountability for the Specialties Business, including Release. A graduate of the North Carolina State University, Deece joined Sappi in 1988 and has held a number of positions in Sales Management, Marketing and Technical Specialties.

Rick Skoglund, formerly Director, Coated Sheet Grades, will join the Lead Team as Vice President Coated Business. He will be responsible for the growth of the Coated Graphics Business. Rick has held a number of marketing and brand management roles with increasing responsibility at several companies, including Welch's, High Liner Foods and then Sappi when he joined the company in early 2015. Rick has a B.S. from Union College, an M.S. in Mechanical Engineering from Rensselaer Polytechnic Institute and an MBA from Carnegie Mellon University.

Beth Cormier, Vice President of Research, Development and Innovation, expands her responsibilities to include Coated Paper, Packaging and Specialties Paper to capture efficiencies and more closely align research and development capabilities regionally and globally. Beth has over 30 years with the company in R&D and marketing roles, and has been leading the R&D group since 2007. Beth has a B.S. in Engineering Physics from University of Maine and a MBA from Boston University.

"While we're sad to see Tom go, we're thankful for the 25 years of dedication, innovation and leadership he gave us," said Mark Gardner, President and CEO of Sappi North America. "Tom's contribution has helped us position ourselves to grow and expand. The future is exciting, and we are confident that this combination of our Release and Packaging businesses, together with the increased leadership of Deece, Rick and Beth, will only make it stronger." 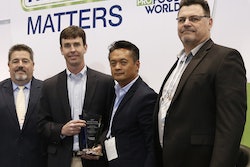 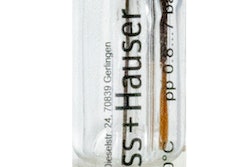 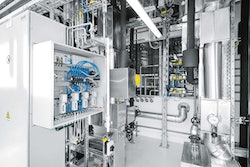 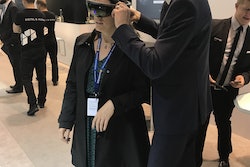