The Independent Carton Group, an association of 19 independently owned and operated folding carton manufacturers, is pleased to announce that Clearwater Paper Corporation is the recipient of its Supplier of the Year Award for 2015.

The award was presented yesterday at the group's general membership meeting, which was held on the campus of the University of Notre Dame in South Bend, Ind. In attendance to accept the award were Clearwater Paper's Patrick Burke, senior vice president and group president of the consumer products and pulp and paperboard divisions, and Robbin Rodgers, director of sales.

"The ICG is one of our most valuable customers, and it's a huge honor to receive this recognition from the group's members," said Rodgers. "The deeply engrained relationships we've formed with the individual member companies - from their plant floors to their leadership teams - have been the cornerstone of our success, and we thank the ICG for their long-standing partnership."

Clearwater Paper's commitment to the ICG is evident in both its participation in group events and in its collaboration with individual members. ICG members have toured Clearwater Paper's mills in Lewiston, Idaho, and Cypress Bend, Ark., and in recent years, the Lewiston facility has played host to ICG technical conferences about paperboard and papermaking. Clearwater Paper's dedicated sales managers deliver personalized service to ICG members across the nation, while its converting solutions team helps members troubleshoot, innovate and optimize operations.

"Their involvement is above and beyond what we expect from our suppliers, and it shows," said Jay Willie, executive director of the ICG. "Clearwater Paper not only provides superior quality and service, but they're also a nonintegrated paper manufacturer working with our nonintegrated carton manufacturers, so they never compete with our members. In fact, it's clear that they share in our spirit of independent operation and have a genuine desire to help our members succeed."

Clearwater Paper supplies ICG members with solid bleached sulfate (SBS) paperboard for use in the production of folding cartons and other paperboard packaging products. The supplier contract was first inked in January 2002. Today, it is one of roughly 40 such contracts the ICG maintains with reputable suppliers of equipment and consumables used in its members' operations.

The Supplier of the Year Award has been presented annually since 2012 to the ICG supplier that receives the highest marks on performance evaluations completed by ICG members for the prior calendar year. Members rate suppliers on quality, delivery, accuracy, service, expertise and other key performance metrics. Evaluations are used both as the basis for selecting the award recipient and as a means of assessing suppliers and sharing feedback to strengthen partnerships.

This marks the third time in the past five years that Clearwater Paper has received the award. 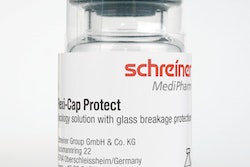 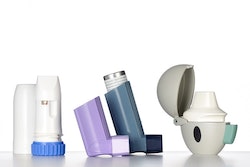 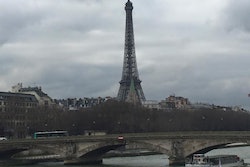 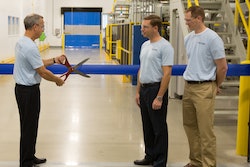