On Tuesday, November 17, 2015, PCI Pharma Services presented Klöckner Pentaplast with the "Supplier of the Year" Award for its North American Rockford, IL clinical and commercial packaging site. Jennifer Koning, Director of Supply Chain Management and Penny Handlin, Quality Systems Manager, both with PCI, were on site at Klöckner Pentaplast in Gordonsville, Virginia to present the award to the kp team.

This is the first year that Klöckner Pentaplast has won the award. Mike Riley, National Accounts Manager with Klöckner Pentaplast stated, "This award represents a combination of the cohesive work of a great team of people, including members from our Customer Service, Quality, Business Development, Production, Planning and Sales teams, with the team from PCI. It demonstrates our ability to continuously improve."

PCI has been presenting the "Supplier of the Year" award since 2000. This is the first year that Klöckner Pentaplast has received the award, achieved through the evaluation of a pool of 22 core suppliers, and based on a Supplier Scorecard that rates quality of product; accuracy of paperwork; on-time and in-full delivery; competitive pricing and payment terms; and timeliness with sales and customer service teams.

Koning stated, "Klöckner Pentaplast's efforts have been noteworthy; they achieved an overall score of 95 this year, and have had a rating code of green - our top tier - since the fall of 2014. Klöckner Pentaplast achieved our highest combined score for their performance." Added Penny Handlin, Quality Systems Manager, "the company's attention to and efforts behind improving have lead them to these accomplishments. We appreciate the partnership approach of this working relationship and look forward to the continued success of the Klöckner Pentaplast / PCI team in the future."

Opportunities for Growth and Innovation

Examining Cybersecurity, Collaborative Robotics and the Industrial Internet of Things 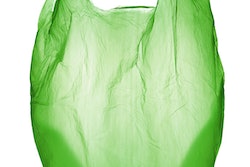