The United States Supreme Court this week handed down another decision affecting patent law in biotechnology.

This decision follows a string of patent decisions during a Supreme Court session that has featured an unusually large number of cases involving healthcare. In two separate decisions in March, the Court severely limited the ability of universities and biotechnology organizations to patent genes or other biological facts and relationships, which were deemed to be observations of natural processes rather than patentable inventions. The cases in question involved the Mayo Clinic versus Prometheus, in which the former successfully claimed that a diagnostic test using a drug metabolite to help with dosing could not be patented. Following that case, a case involving Myriad's patents on two genes associated with breast cancer and ovarian cancer was sent back to lower courts for consideration. This left the implication that the Court wanted the patents overturned using the reasoning from the Prometheus case. It remains to be seen what effect those decisions will have on the pharmaceutical and in vitro diagnostics business.

Unlike the diagnostic and gene patenting cases, the case decided this week will have an immediate impact on the makers of generic and branded pharmaceuticals. The case in question is Caraco Pharmaceuticals, a generics manufacturer, versus Novo Nordisk, who originated and markets the drug Prandin, a blood glucose lowering treatment usually used in combination with metformin. The case revolves around a generic maker's ability to introduce a generic drug for uses not indicated on the branded product's label. In this case, Caraco argued that Prandin is only indicated and patented for a single use, as a treatment for type 2 diabetes in combination with metformin. However, it is approved for two other other uses - as a monotherapy and in combination with thiazolidinediones. The Hatch-Waxman Act, specifically section viii, gives generic manufacturers the ability to apply for a 'carve-out' label, obtaining approval for the approved uses that are not covered by the patent.

Filing for a section viii carve out is exactly the process that led Caraco to file suit against Novo in this latest case. The details of this case are very particular, but it has broad implications for the pharmaceutical industry. In order to determine if the generic application does not violate the issued patent, the FDA relies on a description of the patent, known as a use code, provided to the Agency by the originating company. In this case, Caraco argued that Novo, in amendments to their patent descriptions filed after Caraco's ANDA, had provided descriptions of the Prandin patents that were vague and overly broad, effectively blocking the generic approval. However, the FDA has decided that it will not adjudicate disputes about the language in these patent descriptions. Petitioners can ask that the information be deleted, but cannot ask for it to be altered. The generic applicant can file a paragraph IV certification seeking to challenge the FDA's decision, but this filing itself is treated as a patent infringement and usually results in the patent owner suing the generic applicant, further delaying generic launch.

Congress thought that it had fixed this particular tactic of blocking generics in 2003, when it created a statutory counter-claim allowing generic companies to sue for the correction or deletion of incorrect claims. Caraco originally filed suit against Novo in 2009 and was successful with their lawsuit in Federal District Court. However, in April of 2010 the US Court of Appeals for the Federal Circuit reversed the lower court ruling, pronouncing that the FDA does not, in fact, have the authority to request changes to the patent descriptions. To a large extent the ruling rested on whether or not there is a difference between the words 'a', 'an', and 'any'. In the end, the Appeals Court denied Caraco's ability to challenge the Novo patents, citing the FDA's procedures as the barrier to getting the generic drug approved. Amazingly, the Appeals Court ruled that the patent descriptions provided by branded companies are not 'patent information' as defined by relevant statutes. Caraco appealed this decision to the Supreme Court, resulting in this week's ruling.

In the end, this case boiled down to an understanding of the intention of Congress when drafting Hatch-Waxman and related laws, and interpretation of the specific wording. Although Novo had prevailed in Appeals Court by citing specific language of the relevant statutes, the Supreme Court took a broader view and examined how Congress intended the generic challenge process to work. Overall, the purpose of the relevant laws was to encourage and speed-up the approval of generic drugs. After the ruling, generic manufacturers will now be able to challenge the content of patent descriptions and, if successful, ultimately force approval of the ANDA. Writing for the Court in a unanimous decision, Justice Elena Kagan chastised the FDA for using ambiguous or opaque guidelines and forms that lend to the confusion surrounding patent decisions. She also encouraged Congress to act quickly to fix this problem in order to avoid excessive patent litigation.

If the Supreme Court had ruled in favor of Novo Nordisk in this case, it would have handed the pharmaceutical industry a blueprint for how to avoid generic competition. Even if generic competitors are ultimately introduced into the market, delaying their approval can be extremely lucrative for manufacturers. For example, while Novo does not fully report drugs sales, Prandin and two other drugs NovoNorm and PrandiMet accounted for more than $900 million in sales for Novo since the Prandin patent expired in March, 2009. So, even while losing this case Novo's tactics were actually successful in keeping the drug free from competition for two extra years.
Companies in this article 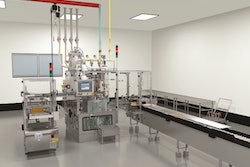 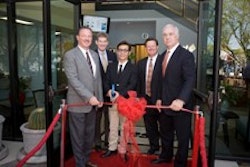 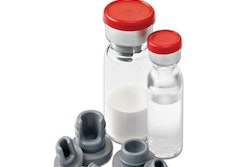 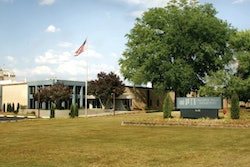