The integrity of a drug can be compromised in an instant, making the last part of the delivery arguably the most important.

If you ask logistic coordinators in the medical packaging field what keeps them up at night, and you will get a variety of answers, the thing that seems to really give them nightmares is, the last mile.

The last mile should be renamed the toughest mile.

It was the most discussed topic at the 3rd BioLogistics Summit held in San Francisco.

Between drug development and regulations, one might forget about the last mile, and how it actually gets delivered to the end user, but it is a critical part of the delivery chain that can be compromised in an instant – especially when dealing with products that are highly sensitive to things such as temperature.

"With 9,000 shipments a day – you have to have something for customers to know, that when they open the package they can use this product," said Anthony Moran, Vice President of Logistics at Siemens.

One trick to helping the process is to limit the amount of time the product stays in a supplier's hand, but with things like unpredictable weather, flight delays, unforeseen traffic during a ground delivery, or other actions out of the company's control, that is much easier said than done.

It is why selecting shipping partners is so important. It is also why having contingency plans is a must.

The whole process is an exercise in risk analysis.

"Make the process as simple and direct as possible," Moran suggested.

Anyone who spoke at the event, repeated the same mantra – test, test, test. And, never get complacent.

Many companies reported sending test shipments at multiple times and sometimes even without their partners knowing, just to make sure the process was moving the way it was supposed to, and drugs were arriving in usable shape. 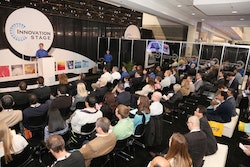 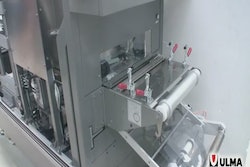 Blister Pack Sponges on a Stick 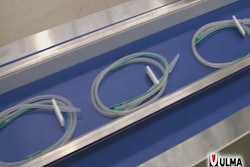