“Since I’m from Wisconsin, I do have a chain saw available, but I’m not inclined to go through all the procedures (e.g., chain tensioning) to get it going just to gain access to a package.” 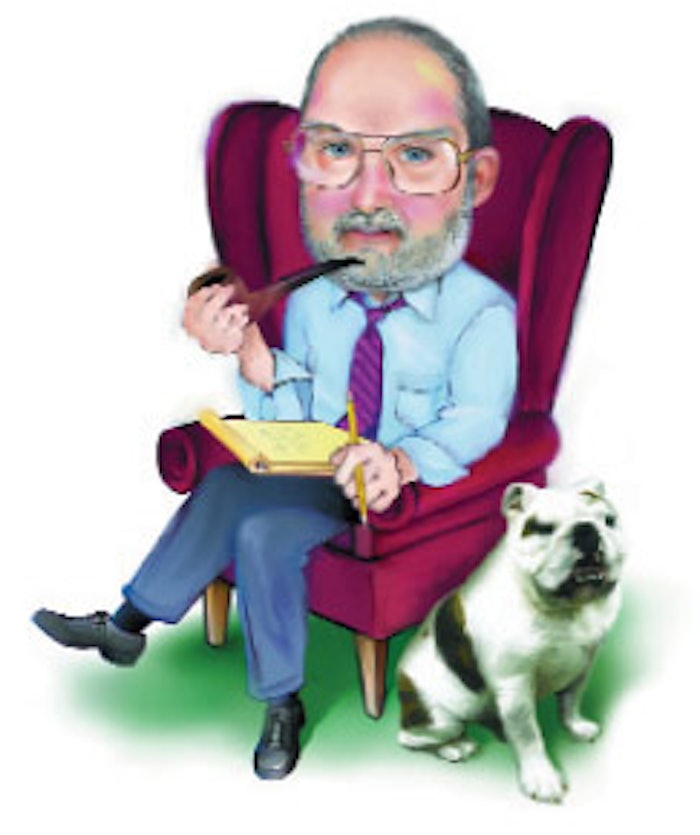 It seems everyone is talking about Consumer Reports publication of the Oyster Awards, for difficult-to-open packages. As most editors of packaging publications can attest, this may be the first officially sanctioned competition of this type, but it’s far from the first time that we’ve heard complaints about the subject. “Wrap rage” has been around for about as long as we’ve had packaging or containers.

In fact, the same week as the CR report was published, I read a review of a meeting of the Australian Institute of Packaging half a world away. Michael Halley’s coverage of the meeting was entitled: “Solutions to Packaging Rage.” Part of that program covered a new material that was said to produce an easy-open, peelable seal when blended with many common polymers.

Along the way, one of the speakers described a British report on injuries caused when people were trying to open packaging. Based on a sample, the report extrapolated that nearly 2ꯠꯠ people every year would be reporting a package injury at a hospital emergency room. And that’s of a total UK population of 59 million! Frankly, I don’t think the Aussies have too much to worry about. After all, its wine industry pioneered the shift from cork-finished bottles to easier-to-open screw caps. So it seems the Aussies may be more pragmatic than other cultures.

The “evidence” suggests that a whole lot of people suffer injuries while trying to access products in packaging. And that’s reinforced by the American study, as reported in Consumer Reports. Now, I’ve struggled with a number of packages and I’ve often been thankful that this editor has a handy stripping knife. It may not have been designed as a depackaging tool, but it often helps in that function.

For consumers—or packagers—not familiar with the device, it’s a round-handled metal device that can hold a replaceable small and very sharp angled blade that was designed for cutting copy paper and/or negatives for graphic arts purposes.

The point is that this kind of device makes short work of film or tape that seals packaging, and usually without putting the user at risk, unless otherwise impaired. While it’s great for that, it’s of almost no value in removing the staples that some large appliance manufacturers use to secure their boxes. That’s because the super-thin knife blade will snap off and break under even a little pressure. Trust me, I know, and I’ve been glad that I wear eyeglasses!

However, assuming the average consumer might not have access to this device, well, then, sure they’ve got a problem gaining access to some of or most common packaging today. I mean I’ve tried scissors, a bulldog’s mouth, a carpet knife and any number of other sundry cutting devices with only modest success.

Since I’m from Wisconsin, I do have a chain saw available, but I’m not inclined to go through all the procedures (e.g., chain tensioning) to get it going just to gain access to a package. After all, my father-in-law used one on my wedding day, but thankfully not on me. But that is another story.

Yes, wrap rage is an issue. So is static electricity when someone opens a package that contains polystyrene peanuts or some other product that likes to fasten themselves to carpet and upholstered furniture. Or devices that don’t work as well as advertised. I stirred up a small hornet’s nest of dissatisfied users when I reported on a new Saran wrap product with a supposedly “no-hassle” Slide’n Cut bar.

And yes, once or twice (or a few times), I’ve sustained a cut while wrestling with a package. But I’ve never gone beyond putting the finger or hand under cold water and later wrapping it with a bandage. I only go to an emergency room when I think a cut might be infected (such as when tangling with old, rusted barbed-wire fencing in the woods).

To me, the most troubling part of the CR report was not the injuries but the lack of responsiveness on the part of the manufacturers involved. Although many promised to respond to complaints, they failed to do so. So much for these companies being driven by customer satisfaction.

See an archive of Arnie Orloski's Pipeline columns at www.packworld.com/pipeline. Arnie can be reached at orloski@packworld.com