Meet the Company That Makes and Sells DNA for Storage

Twist Bioscience is the world’s largest supplier of synthetic genes, and they think DNA storage drives are the future. 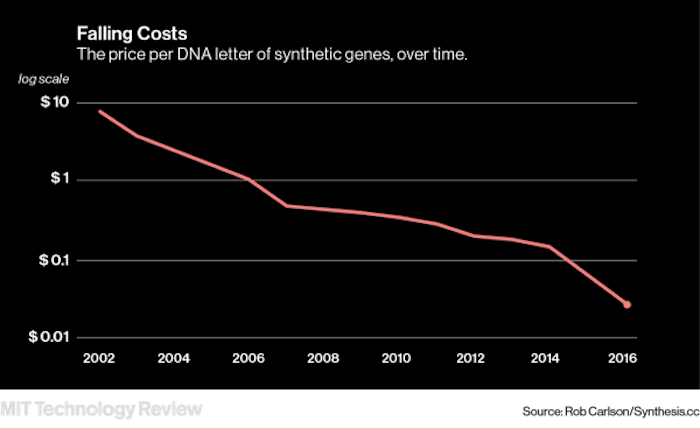 As the world continues to increase the creation of digital data, a well-funded San Francisco tech company has a solution to store it. A recent Technology Review article, discussed Twist Bioscience, a company that generates three million strands of DNA each day and is driving the cost of doing so way down. Fifteen years ago, the price per DNA letter of synthetic genes was close to $10. Today, each letter costs just pennies.

Emily Leproust, cofounder and CEO of Twist, has been accused of stealing the company’s technology from her former employer, Agilent Technologies, but her lawyers discredit the claims. The company has raised $259 million, allowing them to scale to the point where the price for DNA is falling faster than demand is rising. Data storage is a $30 billion-a-year market that continues to grow as forecasters predict global digital data storage reaching 163 zettabytes by 2025.

Twist charges customers $100,000 to store 12MB of data in DNA, but Leproust thinks that in a few years, the same will cost just 10 cents.