Installation of a canning line became a top priority as Altstadt Brewery opened new markets in Houston and Dallas. Also getting some serious upgrades was an existing bottling line. 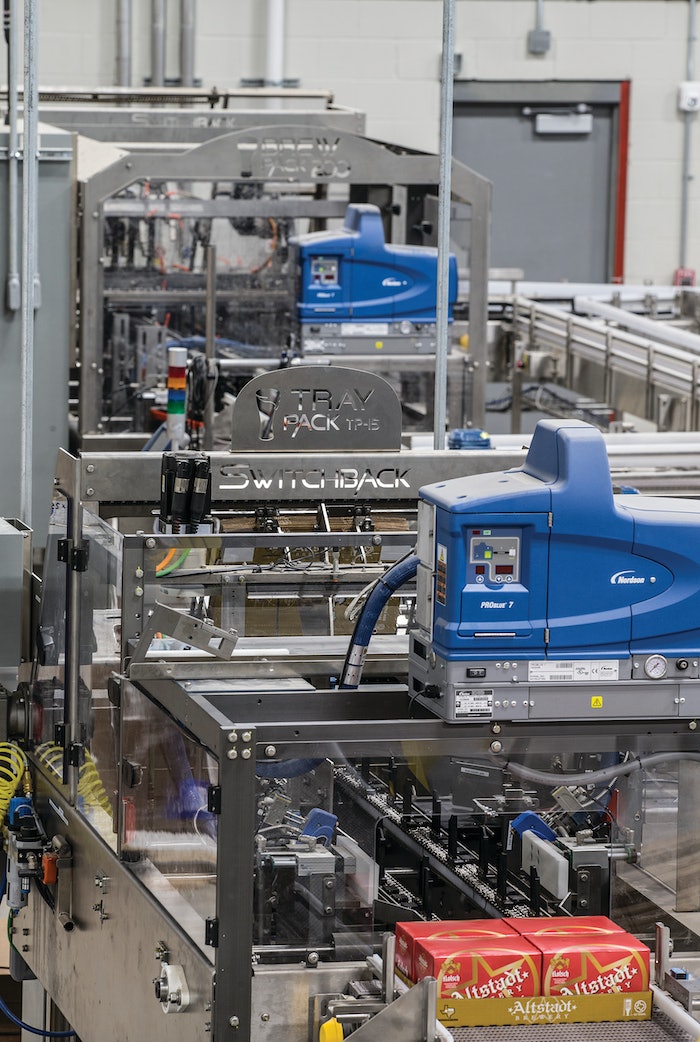 Near the end of the new canning line sits a tray packer that receives six-count cartons from an upstream cartoner and packs them into corrugated trays four per tray. Full-body shrink-sleeve labels are applied by a mandrel style machine that uses servo motion control and a fiber optic sensor to read film registration marks.When the brewery opened in 2018, its only packaging format was glass bottles. But when the HEB supermarket chain suggested that sales of Altstadt’s beer in its stores would triple if cans were available, plans for a can line were boosted from the back burner to “let’s do it right now.” In charge of making it happen was Brien Harper, Senior Consultant at J.S. Held LLC. Altstadt management brought on J.S. Held to assist in building and operationalizing the ambitious expansion.

“A can line was always in the plans,” says Harper. “It just happened about two and a half years sooner than Alstadt originally anticipated.” He notes that in addition to the increased production capacity needed to meet HEB’s requirements, there were also plans to open up new markets for cans in Dallas and Houston. That’s why Altstadt, unlike other craft breweries that might opt for modest canning capabilities at first just to get their feet wet with a new packaging format, invested in a canning line capable of 245 cans/min.

To make things even more interesting, it wasn’t just the canning line that got fast-tracked. Also implemented at about the same time were some serious automation upgrades to the bottling line.

But let’s begin with a look at the canning line. Predictably enough, it begins with a depalletizer. Supplied by Uni-Pak, it handles both cans and bottles, so the brewery runs one container format or the other but never both formats at once. A short distance downstream from the depalletizer is a fork in the conveyor connection—down one fork go the bottles and down the other go the cans.

The labels are immediately shrunk tight in an Axon steam tunnel. From there the cans pass through an air ionizer that pre-sanitizes the insides before the cans reach an ionized air rinser and a Domino ink-jet coder that prints the bottom of each can with lot and date code information. The WMCE Case Erector sends cases to the BCI Basket Carrier Erector/Inserter on the right so that the carriers can be inserted into the cases.Filling is done on a 21-valve KHS Innofil integrated with a six-head Ferrum seamer. Exiting the seamer, cans go through a water-shower rinse, a Filtec fill level and lid detector, and an air blower from Paxton Products that blows off moisture.

Following an accumulation table, multipacking in paperboard cartons is next, and it’s done on a Brewpack 200 intermittent-motion cartoner from Switchback  that features Rockwell Kinetix servo drives for controlling product load, flight chains, and carton erector. As cans are mass conveyed into the Brewpack 200, there are only three infeed lanes to receive them. But there’s no chance for back pressure to build thanks to the clever addition of a recirculation conveyor. Should there be a build-up of too many cans, the excess cans smoothly slide off into this recirculation conveyor and return to the cartoner infeed lanes.

The Brewpack 200 cartoner picks flat blanks from a magazine feed and erects them while also collating cans into six-count groups that can be pushed into the cartons. Flaps are automatically tucked and closed with hot melt applied by a Nordson adhesive dispensing system. The paperboard cartons get a date code from a Domino ink-jet system.

At this point the six-count cartons of 12-oz beer cans enter another Switchback machine, the TP-15 Traypacker. It erects 2-in. tall corrugated trays from flat blanks, pushes four six-count cartons into them, and closes up the flaps with hot melt glue applied, again, by a Nordson unit. Harper points out, however, that when Alstadt is running 16- or 19.2-oz cans, the Brewpack cartoner is bypassed and cans go directly into the corrugated trays 12 per tray.

Palletizing of trays and stretch wrapping of pallets are both performed on a palletizer from TopTier. A concurrent stretch wrapper, the TopTier machine is optimized for palletizing and wrapping loads as the load is built, so loads are stabilized during the palletizing process. Empty film rolls can be replaced in less than 30 seconds. And advanced film management technology developed by TopTier means that the rate of film dispensed is accurately controlled by precise load cell feedback in combination with proprietary algorithms to assure load stability. The servo-driven paperboard carrier inserter picks up four carriers at a time and maintains control throughout the process of inserting the carriers into corrugated cases.
Now for the bottling line upgrade. Designed and integrated by Van Zyverden, Inc., that firm determined that the most economical way to increase the speed of the bottling line and include the new canning line was to combine the two. This allowed both lines to fit in the new packaging hall and share some container conveyors, a combination bottle and can depalletizer, case conveyors, and the TopTier palletizer. Van Zyverden provided Altstadt with turnkey installation that included electric, line controls, sanitary piping, and rigging.

One thing that was retained in the bottling line is the Leibinger bottle filler that got things started at Altstadt a few years ago. It’s capable of speeds as high as 12,000 bottles/hr. But it never had a chance to run much past 6,000 bph because the operations upstream and downstream of the Leibinger machine were not optimized or automated. Now that they are, Altstadt is running 12-oz bottles at 8,000 bph and aims to reach 11,000 as soon as some additional adjustments are finalized.

As was mentioned earlier, the same Uni-Pak depalletizer used for cans is what depalletizes glass bottles. Harper says it only takes about 30 minutes to make a change from glass to cans or vice versa. The bottles run through a pressure-sensitive labeler from P.E. Labellers. It applies paper labels supplied by Resource Label. Next is a laser coder from Domino that puts lot and date code information on the bottle.

The bottles run single file into the Leibinger rinser/filler/crowner. A Filtec inspection unit kicks out any bottles with improper fill levels and then comes case packing on a system from Climax Packaging Machinery. Feeding this machine from a mezzanine level above are a pair of machines from Wayne Automation. Both offer reliability and ease-of-operation features to help make the automation upgrades a smooth transition for the bottling line.

The first of these mezzanine-level Wayne machines is a WMCE Vertical Case Erector. It’s an all-mechanical-motion system that erects corrugated cases and hot melt glues the bottoms. The highly reliable upright case discharge simplifies conveyance to the next Wayne machine, the BCI Basket Carrier Erector/Inserter. The BCI outshines similar equipment because carriers are opened upright and inserted into the case on one compact system. Six-pack paperboard carriers are erected and transported onboard to the inserter section. The servo-driven inserter head picks up four carriers (two per side) at a time and maintains control throughout the insertion process. The use of servo-controlled motion on the BCI enables it to achieve the speeds needed while bringing greater repeatability, better management of paper quality and variability, and ease of maintenance.

Shown here is the decline conveyor on Altstadt’s upgraded bottling line that takes cases filled with six-pack paperboard carriers from the overhead mezzanine level down to the case packer on the main floor.

The cases then slide down a conveyor connection to the main floor and the Climax case packer, which fills two 24-count cases per cycle. Then the filled cases enter a Wayne WTS Case sealer that closes the top flaps and glues them shut. Mounted near the case sealer is an ink-jet date coder from Domino.

Now that the dust has begun to settle after the recent flurry of installation and upgrade activity, Harper looks forward to rolling out the new cans. “We’ll hit Dallas first and then HEB, which could involve up to 250 stores,” he adds.

Catch up on Other Craft Brewers 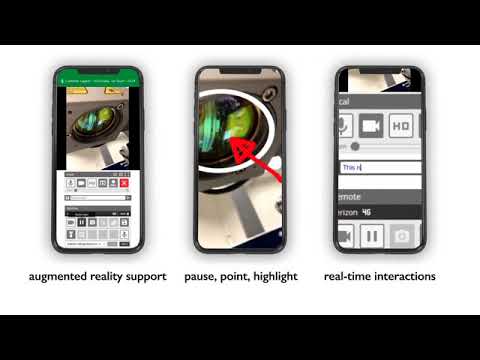 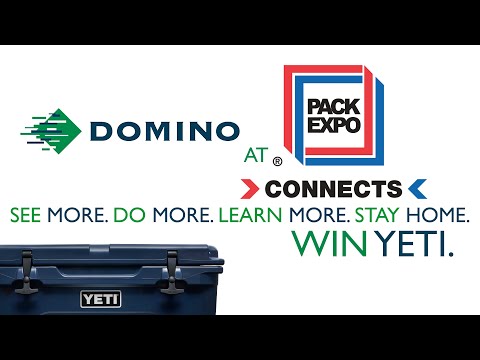 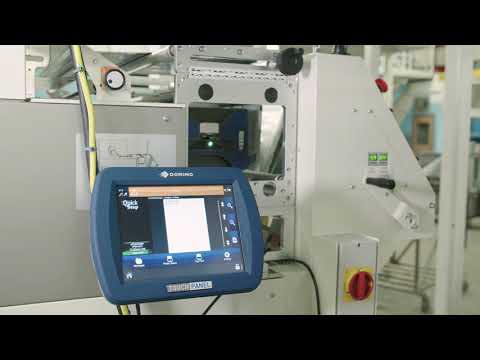