PACK EXPO East: From the Floor 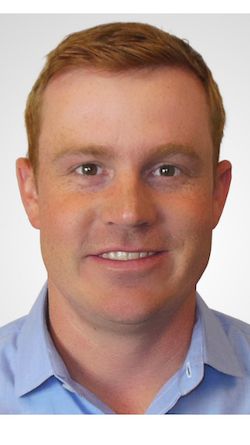 What jumped out at you? What are attendees talking about? Basically, what's the buzz?

The big thing right now in materials is the move to mono-materials, specifically polyethylene. One that I saw specifically here at the show is the Color Masters booth, a converter that does pouches and so on for various industries such as pet food and chicken. What previously existed as a multilayer material, specifically for chicken with barrier properties, now is available in an HDPE material that is easily recycled.

HDPE, unlike straight PE, will be recycled into the manufacturing industry. So, it's not going to be recycled back into other bags. It's just one example of the many that I've seen recently, of companies reaching these goals of mono-materials. They're not there yet in terms of accomplishing everything that everybody wants, but they're definitely moving in that direction.

What about sustainability or recyclability? I know that's been a hot topic forever, but the last time we talked that was something that we touched on. Is it something you're still seeing?

Yeah, it's omnipresent, it's everywhere. The materials are one side of it. Then for machinery we're talking about reducing power inputs and voltages and reducing waste. It's so omnipresent it’s hard to nail down one little thing because it really does affect, touch everything.

One example is in Europe frequently you'll find on store shelves beverages, whether it’s one liter or half liter beers packaged together in shrink film or shrink wrap.

We're seeing a move towards paperboard cartons as a replacement for plastic…bigger companies in Europe are making that move to paperboard for beverages and other packs that had been shrink wrapped.

What else has been in the news or you've been covering for Packaging World, that's on the show floor and is also touching things that you've heard.

We’re seeing a lot more willingness to talk about the cannabis industry. One article that we did recently was on an Arizona grower and producer and packager called Harvest Health. On the show floor was the identical machine to the one that they purchased from Massman - a pouch filler and sealer. So we're seeing a lot more companies embrace the cannabis industry as it sweeps kind of westward from its inception on the West Coast and into the East Coast.

It's interesting you say that because I did sit in and listen to your colleague Jim Chrzan's presentation on cannabis at the Innovation Stage at Pack Expo East. And he made a point that for OEMs it's time to start treating cannabis seriously when they come into your plant. He said these are serious businesses with serious cashflow and capital that are coming to invest. And they're put off by the fact that they’re going into an OEM willing to buy, and they’re kind of being dismissed as a rogue industry.

What we're seeing, especially in some of the more recent companies that are getting into cannabis, is brand owners. They have a brand owner mentality. They come from the industry. And that's the mentality that they're taking. The bigger companies are looking more professional, more experienced in logistics and supply chain and these types of things. And the industry as a whole is being recognized for what it is. It's just another CPG. It's a consumer product.

Did you see examples on the show floor of people besides Massman who, even if they weren't directly pointing to it, were showing examples of how they are trying to target that market?

Yeah, absolutely. A lot of labelers for instance were demonstrating small PET or small containers that could be used for the flower, various other labelers could also be used for vape pens and so on. We're also talking about gummies, chocolate bars and these kinds of things. The idea is that from a packaging perspective, that gummy or chocolate bar is identical to a traditional gummy or chocolate bar, the THC or the CBD, whatever it might be, is added upstream. That might be a processing issue, but it's not a packaging issue. So the willingness to embrace the industry is becoming more and more of a trend.

Beyond cannabis, what is another thing that is happening (on the show floor)?

One ongoing trend is the ability, instead of having to go out and find five different machines that accomplish five different tasks and get them all to talk together, is to create these end-to-end, turnkey solutions. More and more frequently we're seeing examples of consolidation in the industry. And I think it's a consolidation that doesn't remove the element of individuality because a lot of times brands will retain their identity. And there are economies of scale that can be accomplished without losing individual brand identity.

All right. How about anything touching on the supply chain?

There's a lot going on in terms of politics and the Coronavirus for instance, and certain areas of the world where there might be some semblance of unrest. So what we're hearing murmurs of is these factors are not yet specifically affecting OEMs. One thing I did hear about was brand owners seeking OEMs spare parts - OEMs that have big spare parts or aftermarket business, their customers are asking to take on inventory…just in case these brand owners are definitely planning ahead for potential supply chain disruptions.

One area that we'll probably see greatest impact might be certain types of vitamins or nutraceuticals that are only produced in China or have very limited production anywhere else in the world. So the kinds of stuff that you purchase at a GNC or something like that might be more and more difficult to find. I know with Coca-Cola, for instance, a significant percentage of the aspartame that is used in the ever-present Diet Coke came from China. So of course, a company like that has the foresight and vision to be able to source elsewhere, but they did have to move some things around to make sure that they're not having any supply disruption.

Is there anything else out there that you think we didn't touch on?

A company that was doing 3D printing using the HP jet fusion. 3D printing historically has been a means of prototyping. But more and more we're seeing companies using them to produce parts. And in an era where there could be potential disruption to supply chain, the option to print a part - either the OEM printing the part or the brand owner himself printing a part or a third party somewhere in between printing the part and having that availability to have on hand at any time is interesting.

Listen to the full podcast here.