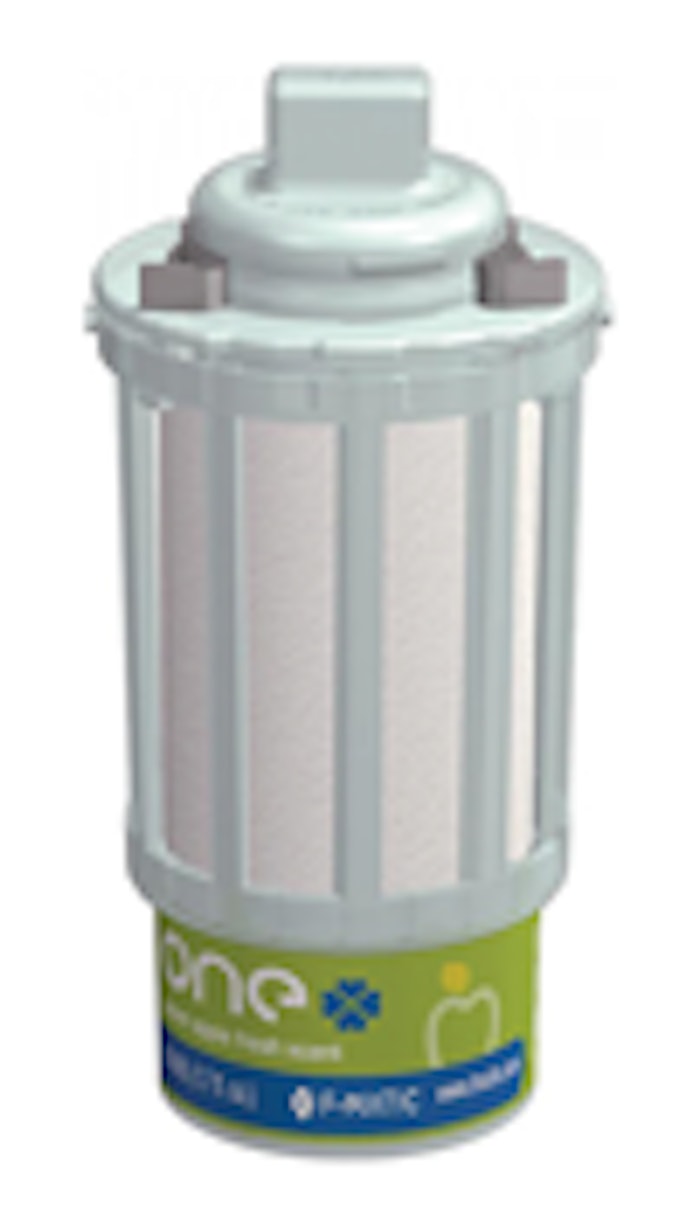 F-MATIC, headquartered in Lehi, UT, is an expert developer and supplier of long-lasting fragrances packaged in easy-to-use dispensers. The company customizes odor control and sanitizing products for retail, janitorial, and hospitality markets. The odor-controlling fragrances are released based on room air flow, and the fragrance mixture contains a molecular odor counteractant.

One of F-MATIC’s newest products is the patented Passive Air System, designed to release high-end fragrances in an environmentally conscious way. Container/dispenser construction details are considered proprietary. But the company did divulge that the wick is more exposed to the air, providing a stronger scent. The technology does not require batteries, fuel cells, or any other artificial power source.

Consumers remove the shrink sleeve label and twist and click the cap to activate the product for use. A knife within the cap punctures an induction seal, enabling the fragrances to be released when needed.

Induction sealing considerations
The induction seal is crucial to the effectiveness of the packaging. A hermetic seal prevents the product from leaking during distribution. As Yeats notes, “Eliminating leaks is critical, as it not only ensures product integrity, but also provides confidence throughout our various distribution channels that the fragrances will not spill or be released before their intended use.”

F-MATIC first launched small-batch production of the Passive Air System in 2012. The company used a hand-held induction sealer from China, but the results were inconsistent. Yeats and his staff later turned to Enercon Industries Corp. for advice.

Enercon offered to seal some sample containers in their own laboratories to determine the optimum equipment to meet F-MATIC’s needs. Enercon manufactures two types of induction sealers—hand-held and in-line conveyor-mounted models. The principles of induction sealing are the same for both types. When energized by the power supply, the sealing head produces an electromagnetic current, called an eddy current. Capped containers are exposed to this current, and the foil of the inner seal generates electrical resistance, heating the foil. The hot foil then melts the polymer coating on the inner seal. Heat, coupled with the pressure of the cap, causes the inner seal to bond to the container lip, creating a hermetic seal.

According to Yeats, “The great people at Enercon were very involved in the installation from start to finish. They stayed in regular contact with phone calls, plant visits, and video instructions. And we saved money and time by changing over to the Enercon sealer. Ever since we installed the Super Seal™ cap sealer, we have not had a single sealing issue. It’s allowed us to grow our diverse line of cleaning and odor control products faster, and we’ve completely eliminated any conversations about leaking. We now are offering contract packaging services."