Co-packer and its customers benefit from film clarity, strength and application flexibility. 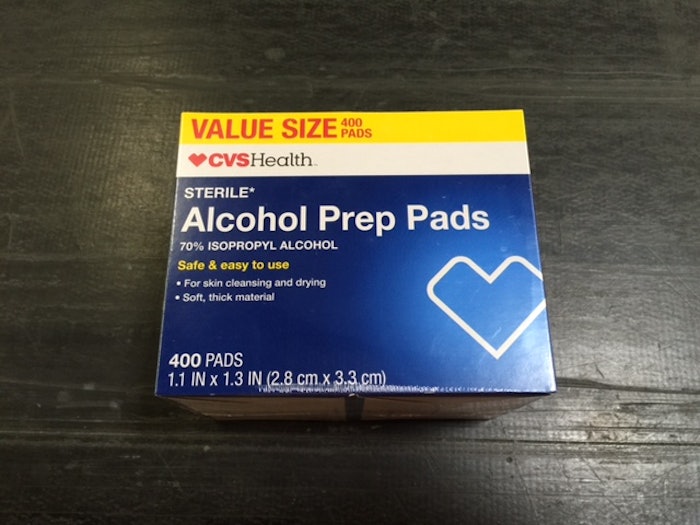 So while the company serves customers in multiple industries, a substantial amount of them operate in the pharmaceutical industry, including Abbott Labs, Baxter and Takeda. DMS does not produce its own products for this market.

Among the most valuable packaging tools DMS uses to serve its customers is Opti® Next Generation Shrink Films, provided via Sealed Air master distributor Millennium Packaging. DMS purchases the film in 2-in.-roll widths ranging from 6 in. to 32 in., and in 30- to 90-ga thicknesses.

Interestingly, the film is extruded in 29 layers, says DMS President Dave Walters. He explains that continuous improvements to the film included the addition of layers to provide consistently good film performance, be it tensile strength, prevention of web breaks, etc. Another improvement is that film lightweighting has resulted in films that are thinner while maintaining the same strength and aesthetic properties.

DMS runs multiple shrink-wrapping machines that vary in speed and film sizes. That flexibility helps the company meet a variety of customer jobs that range in run sizes and industries. For pharmaceutical applications, Walters points out that DMS typically works with specialty printers rather than the pharma manufacturers themselves.

If a manufacturer introduces a new drug, he explains, they will instruct their printers to print a product information sheet, or insert/outsert that carries product and usage details. DMS in turn, glues and affixes them—sometimes to bottles or other package configurations, other times for shrink wrapping and distribution to physician offices. The latter, says Walters, “is one of the big uses we have for the film.”

Products headed to doctor offices are typically shrink-wrapped in packages including 10, 25 or 50 information leaflets that are placed in an office holder.

For OTC products, Walters says, “Whenever somebody has a new product they'd like to introduce into the marketplace, we work with them. I'm estimating at least half to 60% of them go to the retail or pharmaceutical industry, both for over-the-counter and prescription products.” This can be for both primary and secondary packaging.

DMS’s shrink-wrapping equipment comes from multiple suppliers, but the Opti films, says Walters, works with any of these machines. DMS uses different types of Opti film, which he describes as a general-purpose variety and a “soft” shrink film.

“The soft shrink film is used for different ‘contortions’ within your package,” he explains. “Instead of having just something simple and flat, for odd-shaped material, you need film to form around the product while retaining the needed strength.”

With the Opti films that is no longer a problem. As for the film itself, DMS and its customers are pleased with its clarity, strength and flexibility to handle multiple applications and in many different industries.

PACK gives BACK Is Back at PACK EXPO International

Proximity to necessary infrastructure can make or break a sustainability initiative. We highlight an eco-industrial park in Denmark where co-located companies share energy, water, and materials.
Keren Sookne
Jun 10th, 2022
More in Home