On today's Take Five, NAM initiatives reach out to minority communities to fill the demand for a quality workforce; apprenticeships to train current workforce are on the rise. Discover how Unilever's new package is in itself a gesture of inclusivity.

Melissa Griffin: Hi, I'm Melissa Griffin, and today on our Take Five video, I'm discussing technical workforce development trends, both in connection to and beyond COVID-19.

In the recent executive leadership conference held by PMMI, the association for packaging and processing technologies, Gardner Kerrick, vice president of strategic initiatives at the Manufacturing Institute and National Association of Manufacturers presented on this topic. He noted that the industry has seen a significant increase in position openings for manufacturing though the numbers decreased when the pandemic hit. Yet, even though positions are now opening up again, filling them with equality workforce is proving difficult.

The National Association of Manufacturers has made a pledge of action to reach out to minority communities to grow a more diverse workforce. It provides the following programs, which were presented on in detail at PMMI's executive leadership conference meeting. Creators Wanted, which is directed towards high school graduates. The Heroes Makes America initiative, which is reaching out to veterans and those preparing to leave the service for their next career. The Step Women's Initiative, which not only reaches out to women, but highlights their success in the field and the Second Chance Operation, which is for those who have been previously incarcerated and are now starting a new.

The Federation for Advanced Manufacturing Education Apprenticeship Program was also discussed and this is a multi-skilled maintenance technical program, which is run by multiple companies and is meant to further promote professional behavior in both speech and dress, and educate workers on the culture of manufacturing.

We get a lot of new product announcements that come in via email and for the most part, these are products that are already hitting store shelves that we can find somewhere, whether it's Target or other retailer, and actually look at the product, look at the package that it's in and thereby be able to report accurately on the material, the specs and the size and whatnot. I got one recently, just a couple of weeks ago that I'm going to break the rules for a bit and actually talk about a prototype that is not out there in the wild yet, it's not a commercialized project, but it's far enough along that I think it will be making a splash before too long. And that's a project by Unilever and the brand is Degree.

So an interesting pack design as you can see, but it's still a prototype. We don't know everything about it yet. What do we know? We know that it's got a hooked cap design, so that it can be hung in the shower setting. It's got a magnetic closure to make it easy to take the cap off and put it back on even while it's hanging, it's got enhanced grip placement with an integral handle underneath for easy one handed usage, a braille label for vision impaired and a larger than usual roll-on applicator. So a lot of unique elements to the pack.

But what can detractors say? I suppose a real cynic could say, well, a package using magnets is going to be really expensive and that probably works against the philosophy of inclusion behind the package. And a cynic might also say that a polyurethane durable pack like that is not very easily recyclable. Well, I think Unilever will have easy answers to both of those critiques in saying that, first of all, amortizing the price over many different cycles and also amortizing the units, excuse me, the material over many different cycles, will actually bring down the cost per use and also the overall sustainability profile will be more favorable than if it were just used once and thrown away. 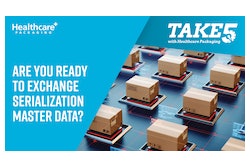 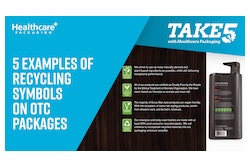 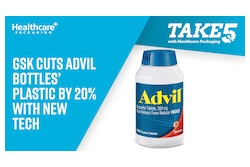