Rondo-Pak, LLC/Contemporary Graphic Solutions, provider of printed components and quality folding cartons for the pharmaceutical, medical device and consumer industries, is proud to have participated in “Backpacks of Hope”, a community aid initiative in Puerto Rico formed in response to the series of earthquakes that hit the island in December 2019. Organized by EcoExploratorio, a local science and technology center in San Juan, the initiative aims to develop resilience and preparedness against natural disasters in communities across Puerto Rico.

“Backpacks of Hope” seeks donations to provide much-needed emergency supplies, resources and support to hundreds of communities affected by the recent natural disasters across the island. Rondo-Pak’s contribution went towards providing 54 backpacks filled with safety items such as thermal blankets, first aid kits, emergency water packs, school supplies and educational literature on how to prepare for natural disasters like earthquakes and climate change. The backpacks were given to 50 families in three municipalities including those affected by the series of earthquakes in southern Puerto Rico that began in December 2019, along with families affected by a series of flash floods in August 2020.

Due to the COVID-19 pandemic arising shortly after the company’s donation, distribution of the backpacks was delayed but completed in January 2021.

As a HUBZone company with a facility in San Juan, Rondo-Pak has become an integral part of the community and employs many residents. With a local connection and valued employees in the areas affected, contributing to this cause was an important one for the company.

“We are pleased to have been able to contribute to such a worthy cause thanks to the generous donations of our Rondo-Pak employees,” said Tim Moreton, CEO of Rondo-Pak/CGS. “The several recent natural disasters in Puerto Rico have brought tragedy to many communities, and we trust that the backpacks donated will bring hope and necessary resources to those affected.”

“Through these community aid initiatives, the EcoExploratorio has been able to bring help and support to hundreds of communities across the island with the goal of providing necessary tools that empower and develop resilience in both students and their families,” said Jenny M. Guevara Rivera, Executive Director of EcoExploratorio, Inc. “It is with the gracious help of organizations such as Rondo-Pak that we are able to make a difference to those that need it most.” 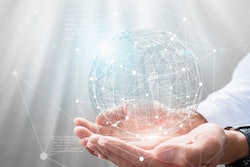 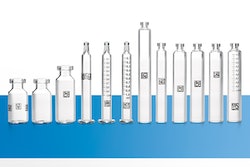 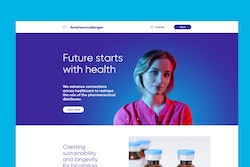