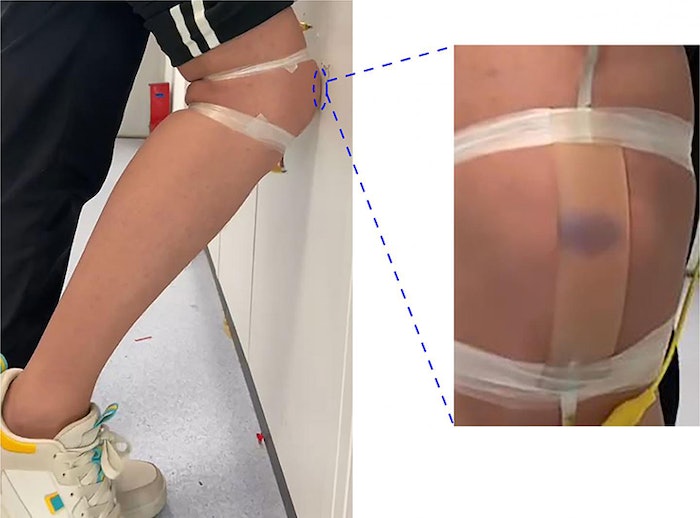 A recent Medgadget article discussed a new artificial skin that bruises just like the real thing. You’re probably wondering why someone would want that, right? The answer is simple: a responsive prosthesis is more life-like, and can alert the wearer of possible damage. The skin was developed by researchers at the Chinese University of Hong Kong. It’s made with an ionic hydrogel, and shows changes in electrical signaling when it’s deformed and produces a purple hue on the surface.

The hydrogel contains a molecule called spiropyran, which changes from yellow to purple in response to mechanical stress. The “bruise” remains for 2-5 hours before fading away, which will help prosthetic users identify and avoid sources of damage.