The Curos passive disinfection cap first received 510(k) clearance in 2008. The new 510(k) clears Curos for improved performance claims including a reduction in disinfection time and an extension of the product's effective duration of use. Independent studies submitted to the FDA established that Curos caps disinfect IV access ports within three minutes and that ports remain clean for seven days without access.

With two dispenser options--the Curos Strip or individual Curos--nurses can conveniently comply with disinfection protocols for intravenous (IV) valves by simply peeling the foil seal off the distinctive green cap and twisting Curos over the top of any luer-activated IV access port or needleless valve.

"In the battle to prevent bloodstream infections, the ease of use of a solution is critically important to its effectiveness. Curos is designed for minimal effort and maximum effect," said Bob Rogers, Ivera Medical's chief executive officer. "With a shorter time to disinfection and a longer duration of use, the patient's IV ports are verifiably clean and guaranteed to stay that way between accesses because the Curos design complies with the

2011 INS Standards of Practice which specifies the use of secure lock-locks on all "add-on" devices."

The Curos disinfecting port protector cap may be used in the home or healthcare facility and is intended for use on swab-able luer-activated IV valves to both disinfect and protect vulnerable points of entry to the patient's bloodstream. According to the new 510(k) clearance, Curos will disinfect the valve three minutes after application and act as a physical barrier to contamination for up to seven days if not removed. The effectiveness of Curos disinfecting port protectors were tested in vitro and found to provide effective disinfection of gram positive organisms (Staphylococcus aureus and Staphylococcus epidermidis), gram negative organisms (Escherichia coli and Pseudomonas aeruginosa) and fungi (Candida glabrata and Candida albicans.)

Curos disinfects needless IV connectors to help prevent catheter-related bloodstream infections (CRBSI) including central line associated bloodstream infections (CLABSI) and to reduce the incidence of contaminated blood cultures. In a six-month controlled study conducted by a university hospital Curos contributed to an 86.2 percent reduction in CLABSI and a 92 percent fall in contaminated blood cultures in a 12-bed bone marrow transplant unit and 20-bed oncology unit. Annualized cost avoidance (within the 32-bed study area) as a result of Curos use was estimated at $500,000. Researchers concluded that the reduction in CLABSI rate and the efficacy of Curos, in part, is ascribed to the easily monitored disinfection compliance (greater than 85 percent on average.)

Although disinfection caps are a simple solution for hospital infection prevention -- an alcohol-soaked foam inside a small plastic screw cap -- much thought and ingenuity were required to develop it. Curos technology is designed to integrate smoothly with clinical practice, support port protection compliance and avoid waste in product use and disposal.

"We carefully engineered every detail of Curos to be more safe and effective. Even the distinctive green color was chosen specifically to allow clinicians to verify that a port is clean -- at a glance -- without creating confusion among other colors which imply specific therapies such as enteral tubes. We've created dispensing methods that put Curos in reach when and where nurses need them and limit the packaging waste to the bare minimum," stated Rogers. "A key component in the fight against hospital-acquired bloodstream infections is the ability to put validated tools into the hands of caregivers. The FDA's 510(k) clearance of Curos is a pivotal step in that direction, and reinforces Ivera's commitment to providing higher-quality and innovative solutions to our customers."
Companies in this article 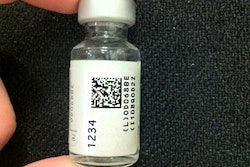 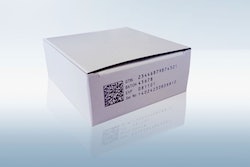 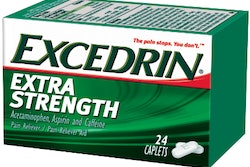 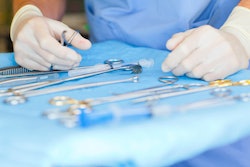