The recall of an infant pain reliever is snowballing due to concerns of dangerously high concentrations of the medication. 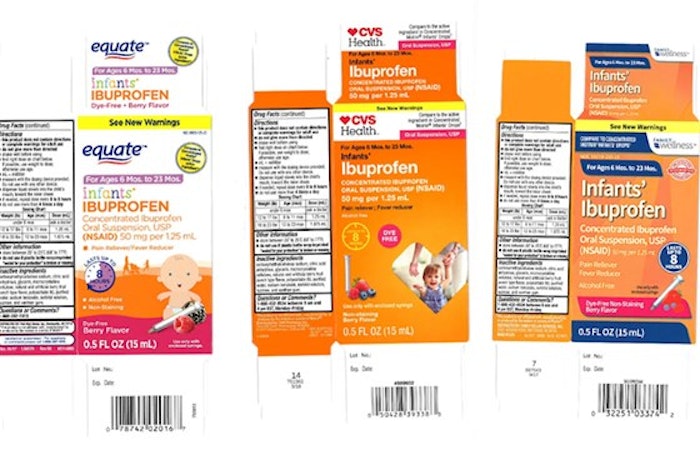 Back in December, we covered a story in which a popular infant ibuprofen was recalled due to concentration concerns. According to a January 30th NBC News article, the issue is far from resolved. Apparently the recall has expanded to include new lots of Tris-Pharma’s Infants’ Ibuprofen Concentrated Oral Suspension that may have higher concentrations than what appears on the label. Tests revealed that some units contained 10% more ibuprofen than listed.

“Studies have shown that safety issues or toxicity is generally accepted to be a concern in infants at doses in excess of 700 percent of the recommended dose. To date, no serious adverse events have been reported related to this recall,” Tris-Pharma said in a statement. Higher concentrations of ibuprofen could cause a host of issues including nausea, vomiting, diarrhea, stomach bleeding, and kidney damage.