To combat a shortage in the United States, the FDA is asking that saline plants in Puerto Rico have power restored before others. 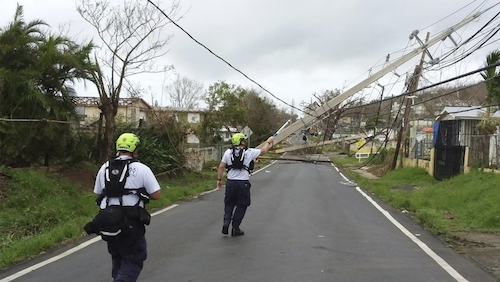 Hurricane Irma and Maria did a number on the Puerto Rico’s power grid, and the FDA has had an active role in helping the dozens of U.S. drugmakers restore power to avoid shortages. A recent FiercePharma article noted that the FDA is making it a priority to restore power in three Puerto Rican Baxter factories that produce saline. Commissioner Scott Gottlieb noted that state and federal authorities have been responsive in getting fuel to the plants’ generators and reconnecting them to the grid.

“Unfortunately, most manufacturers are still relying on generator power, and even those that have returned to the electrical grid continue to face interruptions as the grid is rebuilt," Gottlieb said. "We’re hopeful that these companies manufacturing medically important products will see their power needs addressed on an accelerated basis.” The FDA has also approved temporary importation of products from previously unapproved plants outside the U.S. in an effort restore saline supply.